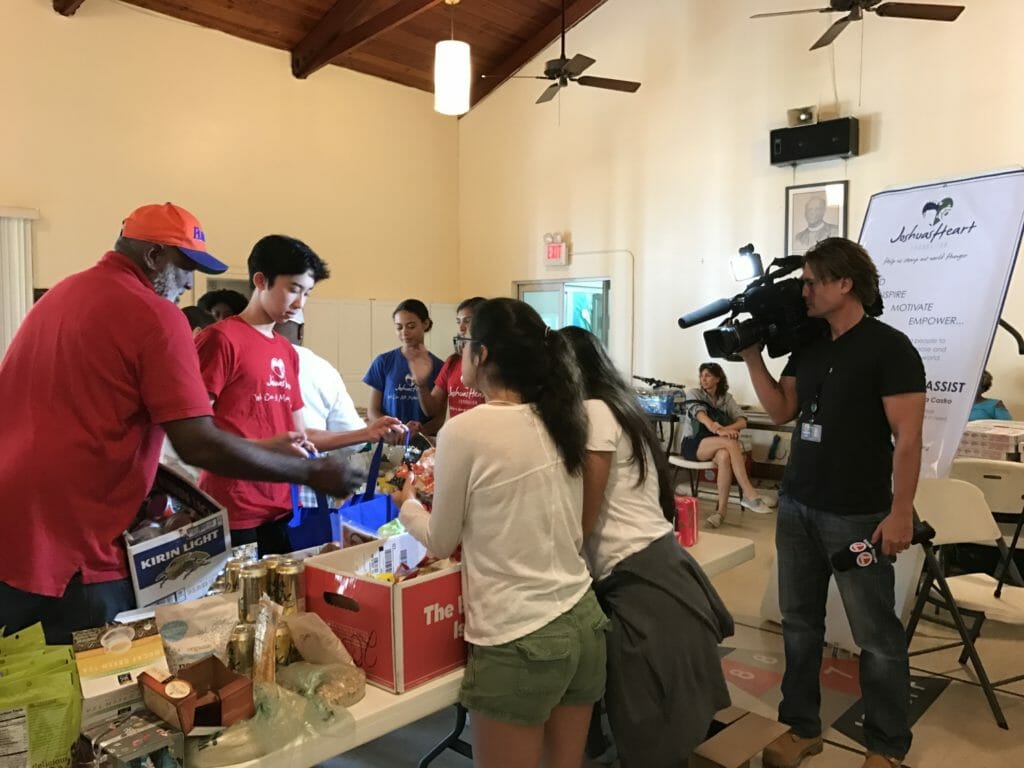 Jordan Wong is a Florida teen who’s obsessed with food – that is, making sure less fortunate members of his community have enough of it. You might say he fell in with a good crowd at an early age – eager to emulate a classmate who had started a youth-run charity, Joshua’s Heart Foundation, to fight hunger. Soon, Wong began taking on leadership roles with the organization. Now 17 and about to begin his senior year at Ransom Everglades High School, Wong helps the Miami-based charity run its food-distribution programs more efficiently, gain better visibility via social media, get better at fundraising and expand its outreach.

The food distribution agency, launched in 2005, was inspired by Joshua Williams, then just 5 years old. Joshua was awarded a Daily Point of Light Award for his service work in 2009. The bulk of volunteers for Joshua’s Heart Foundation are children and teens.

Jordan is today’s Daily Point of Light Award honoree, and Points of Light spoke with the teen about how he got started and why he leaped into leadership roles despite his youth.

How did you become inspired to volunteer with Joshua’s Heart Foundation?

It started back in eighth grade when me and Josh started becoming friends. We were in the same social studies class. I asked if I could join and it basically snowballed from there. I always wanted to make a difference somehow in my community, but I didn’t have any outlet to do it. But Josh’s organization is all about the power of kids, and the difference kids can make.

What is your role with Joshua’s Heart Foundation?

At the distributions, I help lead along with Josh. I help bring in the food. If there are new volunteers, I help train them in what they need to do and what the rules are, etc. 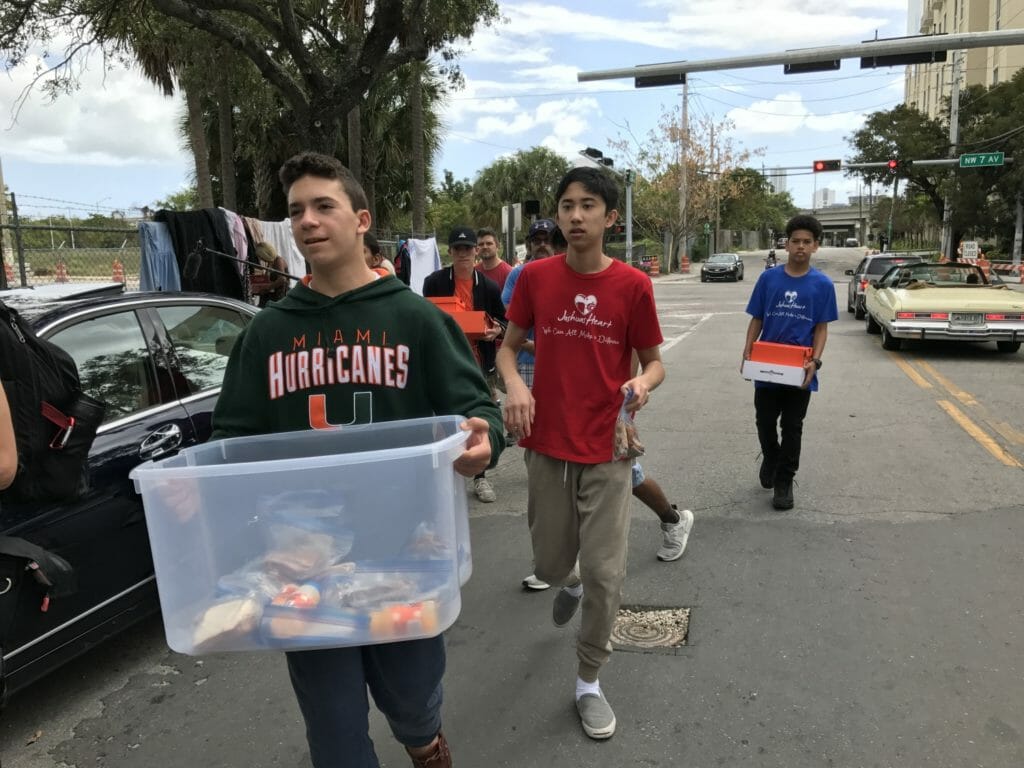 Why have you chosen to take on leadership roles?

It goes back to how it felt for me to help people. At every distribution I went to, it felt so good to give the food, like for families who couldn’t support themselves and needed help, the look on their faces and everything. I just started climbing the ranks because I thought I could make some improvements that would help more people and make more people happy.

What have you learned through your volunteer work?

I learned you can’t just help people without planning things. What I realized is that for all this distribution to work, there has to be a lot of planning involved, along with organization. Another thing: running a charity is a lot like running a business. For example, we were planning on buying a new van to carry food, so we had to plan how much money we would spend on food for distributions and how much money we were going to set aside for the van. There’s also fund-raising to get more money – just making everything work. I’ve learned a lot of skills to help me with that.

Did you get the van?

We’re on our way. We’re almost there with fund-raising. Something wrong happened this year. We were getting a grant from an organization, but there was a mix-up and we weren’t able to get the money, so we’re going to try again next year. We’re getting there.

So, you’re learning about setbacks sometimes, too?

Yeah, but you have to take it in stride, honestly. 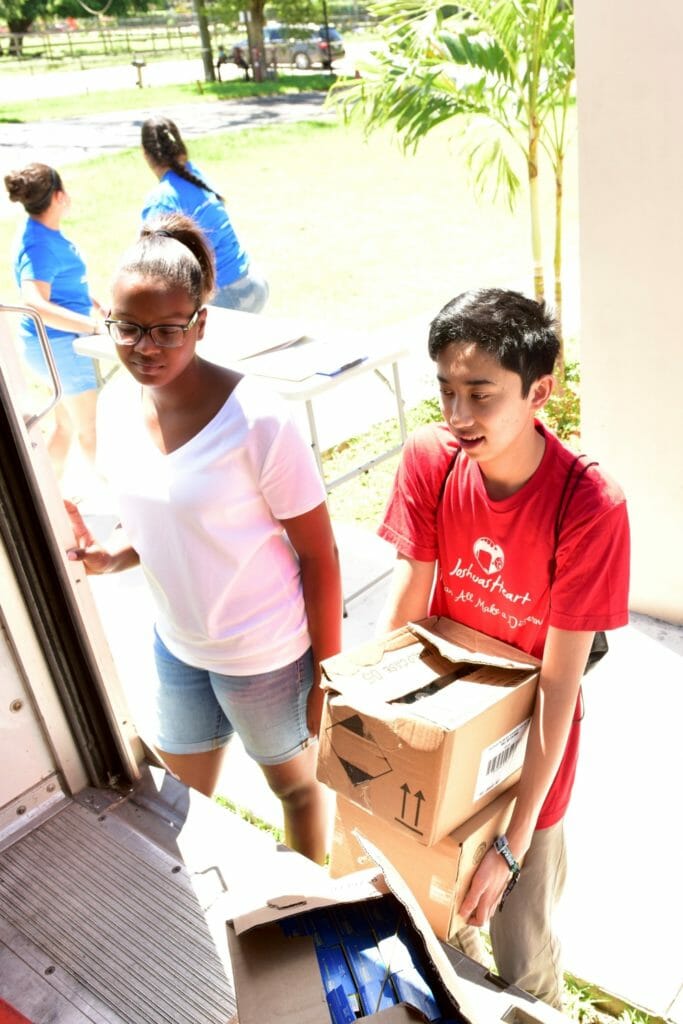 Do you have future projects you’re excited about?

One of the biggest things I’ve done for the organization is my own project. It’s called Aid for Antipolo. Antipolo a city in the Philippines. I am Filipino because my mom is from the Philippines. When I visited there a long time ago, I saw all the poverty where my family is from. I saw people – and kids – who needed help. I finally found a way to help them. I started raising money by asking friends and family (and writing thank-you notes) for a shelter there that’s run by my mom’s friend. I ended up raising enough to cover four months of feeding the kids. Now, I’m planning to actually have fund-raising events, like a 5K run or something along those lines, that would not only raise money but spread awareness of the plight of some of the kids and people in the Philippines. I’d like to have at least one event next year.

In just one sentence, how does helping people make you feel?

What can other people learn from your story?

I hope other people can learn that it doesn’t matter how old you are or what your position is – that anybody can help anybody. It doesn’t matter your situation, you can always help someone out, even if it’s in a small way. It might take a little bit more effort for us kids to make a difference, but we still can make a huge difference – even countrywide or even worldwide.

Do you want to make a difference in your community like Jordan? Visit All For Good to find local volunteer opportunities.