As Texas, Florida and Puerto Rico face the aftermath of Hurricanes Harvey, Irma and Maria, Points of Light is honoring everyday citizens who stepped up to serve their communities during the immediate response and to embark on the long road to recovery. Meet Daily Point of Light Award honoree Murad Ajani, and nominate an outstanding volunteer you know as a point of light. 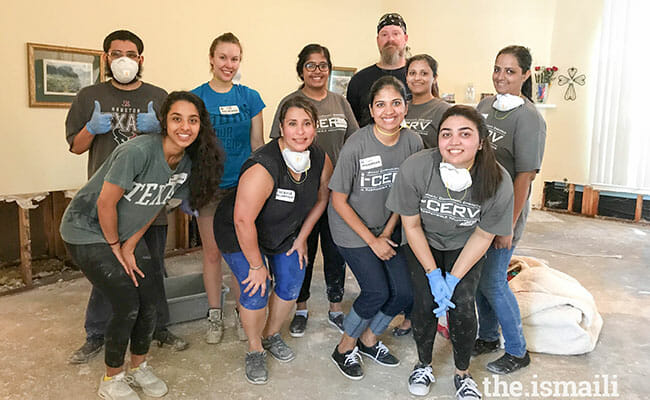 As devastating as Hurricane Harvey has been, it continues to bring people together around one common goal: help Houston. When Murad Ajani saw the toll Harvey took on his hometown, he seized the moment to bring together a community of more than 2,500 volunteers to help with recovery efforts.

“Volunteering really is a central component of the Ismaili Muslim community’s ethos,” says Murad, who serves as volunteer president of the Ismaili Council for the Southwestern United States. “We have an organized group under the Ismail Council, called i-CERV, that organizes service projects year round. For us, this was not a one-off activity. We wanted to help in larger numbers due to the gravity of the situation.”

Murad was inspired by His Highness the Aga Khan, the Imam, or spiritual leader, of the worldwide Ismaili Muslim community, to mobilize a large and diverse group of volunteers to help those affected by the storm. Collectively, these volunteers have put in more than 13,000 hours of work during both the evacuation and early recovery phases of Hurricane Harvey.

During the evacuation, the group used the Ismaili Jamatkhana and Center to coordinate rescue efforts, and as a staging location for displaced families while waiting for safe housing. They worked throughout the night and slept at the center to ensure the safety of more than 150 evacuees whose had been damaged by the storm. 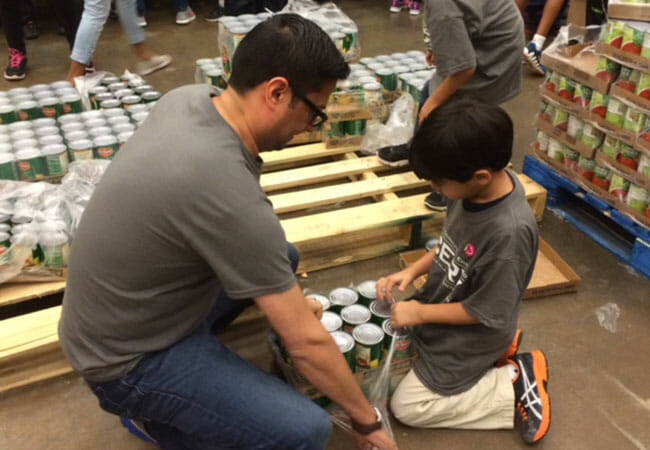 “Like most Houstonians, we began with volunteers from the Ismaili Council simply wanting to make sure their neighbors were safe and provided for,” Murad said. “Since we don’t have direct experience with disaster relief, we partnered with our affiliated organization, Focus Humanitarian Assistance, on rescue activities, and with other key partners on the recovery efforts. We were working each step in tandem with volunteers and service organizations from around the city. That’s part of what made it all so special.”

Along with evacuation efforts, Murad and his team have gone above and beyond to help with recovery projects in Houston. Volunteers were deployed to locations all over the area including the Houston Food Bank, the George R. Brown Convention Center shelter, the NRG Center shelter, St. Theresa Catholic Church, St. Laurence Catholic Church and the Southeast Food Bank. At these locations, volunteers packed and served meals, collected and delivered supplies, and helped with general clean-up efforts.

Groups of volunteers were also sent out to restore homes affected by floodwaters, pack lunches for Meals on Wheels, deliver groceries and meals to people in low-income multi-family housing, and assist in moving senior citizens out of uninhabitable nursing homes.

What led to so many volunteers deploying to perform thousands of hours of service was two-fold, said Murad. 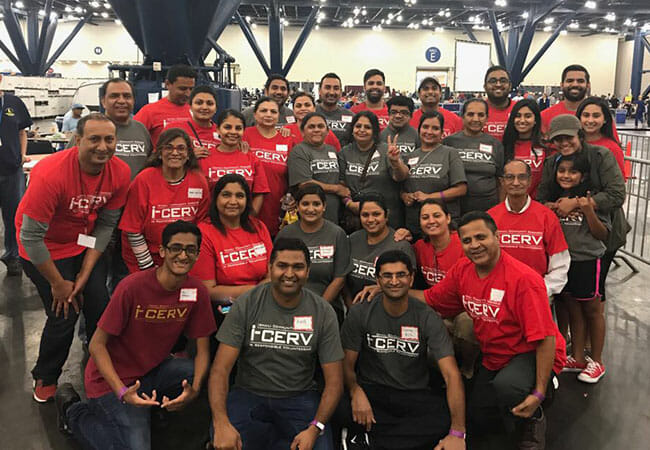 The volunteers from the Ismaili Muslim community organized the “Share Your Blessings” supply and food drive at the Ismaili Jamatkhana and Center – filling four trucks with items that were later donated to churches and community centers in the Houston area. In addition to the drive, they also delivered milk and water door-to-door in the areas most devastated by Harvey.

Murad’s efforts show that when people are in need, there are always people out there willing to help.

“Volunteerism and service are nourishment for the soul,” Murad said. “The moment we engage in volunteerism, we immediately benefit from that service. My faith as an Ismaili Muslim teaches me that not only is it my responsibility to serve humanity and care for those in need, but that it is a blessing from God to have the opportunity to do so. And in America, volunteer opportunities are available to all of us, and we should all be looking for more ways to give of whatever time we can to benefit and enrich the community around us.”

Murad Ajani will be recognized at the “Deep From the Heart: The One America Appeal” benefit concert on Oct. 21, 2017, at Reed Arena on the Texas A&M University campus. He will receive his Daily Point of Light Award from Points of Light Chairman Neil Bush, and will be recognized on stage with the five living former presidents, Barack Obama, George W. Bush, Bill Clinton, George H.W. Bush and Jimmy Carter. The presidents launched the One America Appeal on Sept. 7, 2017, to raise funds for Hurricane Harvey relief, and subsequently expanded the initiative to include the regions affected by Hurricanes Irma and Maria. Funds raised will be distributed to Houston Harvey Relief Fund, focusing on the greater Houston region; Rebuild Texas Fund, which distributes funds throughout the state; Florida Disaster Fund; Juntos y Unidos Por Puerto Rico, launched by the territory’s First Lady Beatriz Rossello and a private sector coalition; and The Fund for the Virgin Islands.