Ssubi recognizes there are areas of immediate need that often fall through the cracks and supports projects around the world less likely to be funded by large organizations. Filling those gaps that are left behind, in Southern CA, that is the hospital and medical “waste” that is filling our local landfills. Ssubi is protecting our environment and improving access to health care by diverting critical supplies/equipment to underserved health centers around the world.

Laura Luxemburg has engaged the whole community in feeling that there is hope and that we can make a difference. Ordinary people doing extraordinary things. 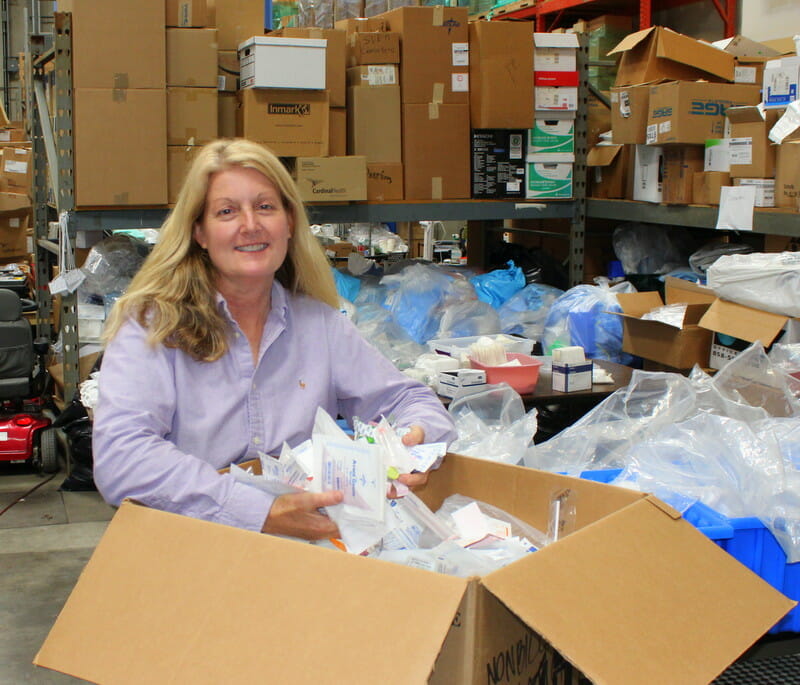 Inspired by Ssubi principles, on March 7, 2014 “Greening for Good” was started by Luxemburg and has diverted more than 1 million pounds of medical supplies/equipment. She has saved thousands of dollars in hauling fees for hospitals, expanding to other Southern CA counties. All of San Diego’s population of more than three million have and will continue to be positively affected by the diverting of medical supplies and equipment from the usual waste stream i.e. landfills. Citizens are also contributing leaving them feeling good.

Luxemburg’s ideas were first met with opposition. But she never gave up and her creative program is now accepted throughout Southern California. She has shown that together, we can make a difference. She has been included in the Hero’s program at the University of CA San Diego and USD students have studied the philosophy of Ssubi.

Luxemburg saw a need around the world for medical supplies and equipment. She contacted hospitals at first and for a year there were only “no’s”, then on March 7, 2014 the VA San Diego said yes. She personally rents/drives and loads the truck on the loads. She has provided jobs for people who would normally not be considered as employable. She has made the City and County’s zero waste campaign more a realistic goal.

Luxemburg has been described as unconventional, determined, a movers and shaker with a bit of dreamer thrown in. The City officials named Nov 17th after her for her dedication, commitment and for the impact she is having locally and globally. Luxemburg was awarded the Director’s environmental award and the E.A.R.T.H. award for a project only being a year old. She has shown that a soccer mom can make a difference.