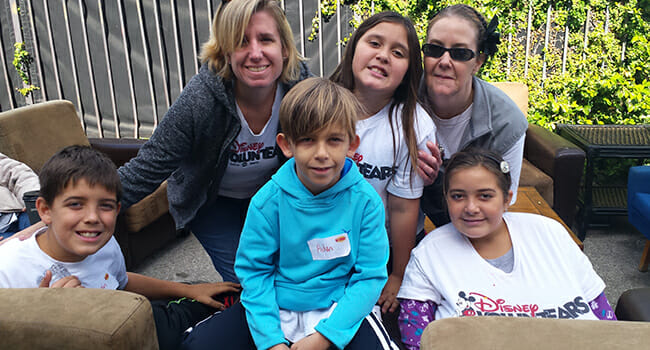 Plenty of little girls aspire to be like Disney princesses – beautiful, magical and strong.

Laura Giron’s daughters, ages 10 and 11, have been taught since toddlerhood that real magic and beauty comes from giving time and compassion to people in need through volunteer service.

Laura has worked for The Walt Disney Company in Burbank, California, for 19 years, and quickly embraced the company’s encouragement of volunteerism during off hours – involving her two daughters from the time they were tots.

“I’ve been pretty much volunteering since I started at Disney,” said Laura. “When my girls came along, it was super important for me to show them that spirit as well.”

When Laura’s oldest daughter, Abby, was only 6 months old, she brought her to a Habitat for Humanity groundbreaking event – wearing a Disney VoluntEARS onesie. The baby was photographed clasping the ceremonial shovel.

“It was really important for me after that to find volunteer opportunities to include my children,” Laura shared. By age 3 or 4, Abby and her younger sister, Abree, were regularly pitching in at beach clean-ups and other projects. The girls proved such hard workers that today they’re often given leadership roles, helping to guide other kids during volunteer events.

Laura said she began lobbying Disney to expand family involvement in its established culture of giving back. Disney’s VoluntEARS program (spelled that way in homage to Mickey Mouse’s famous ears) has offered community service opportunities to Disney cast members and staff since 1983. The program has served more than 40 countries on six continents. In 2016, Disney VoluntEARS contributed 542,823 hours of service globally.

But, Laura also looks beyond Disney for additional ways to keep her daughters and herself active in volunteering.

“I got hooked in with this organization called Big Sunday, which is based in Hollywood,” said Laura. “They have events almost every month. It’s extremely family-friendly. I started project-leading the events at Big Sunday because I could bring my girls.” Laura also became a co-leader of her daughters’ Girl Scout troop, which focuses on community service projects to earn badges. 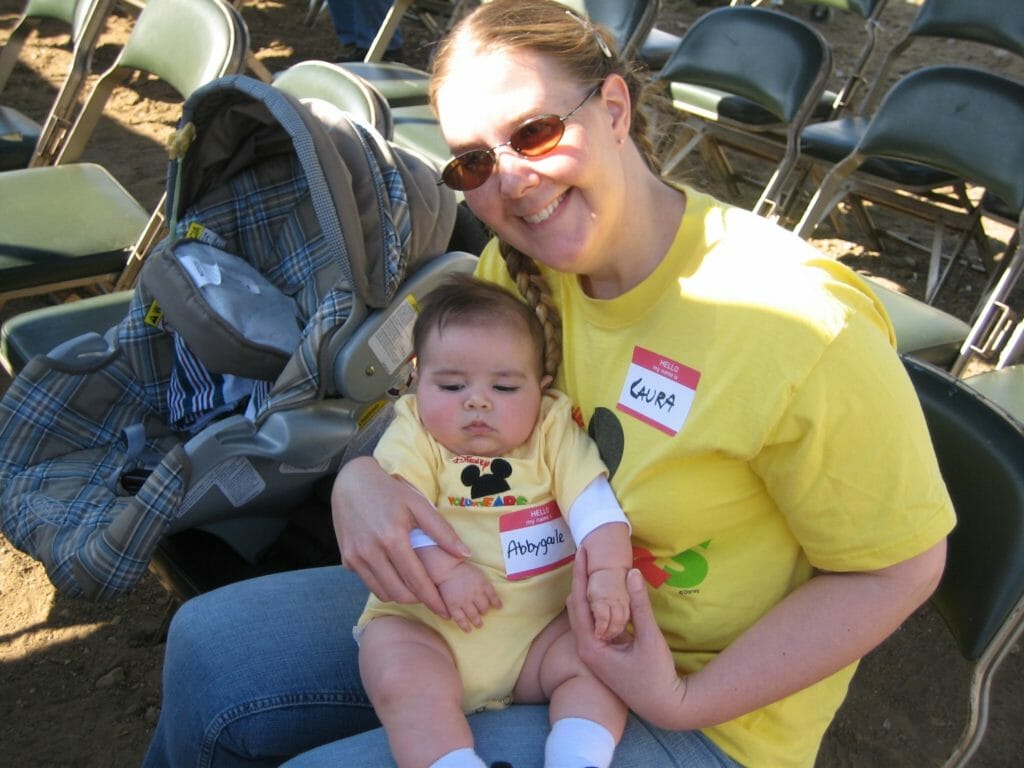 For Laura, who grew up in Burbank, it’s vital that her kids know that not all families are as fortunate as they are. She believes life is even more sheltered for today’s kids.

“They’re sitting there right now and they’re playing on their iPads and their phones and they have a room full of toys,” she said. “Once a month, I give them a box and I say, ‘Fill it up. You have way too much and we’re going to donate these to kids who don’t have toys.’”

“When we were kids, we were playing baseball and making mud pies and riding bikes. For me, an important part of volunteering is connecting kids to nature,” she added. “Volunteering is also getting kids off the couch and away from electronic devices – learning to actually talk to others and to adults. One of my girls is shy, so for her to learn to interact with people is important. Volunteering can be a very safe environment to do that.”

The Giron family’s enthusiasm is contagious.

Suzanne Rosales, whose daughter, Maya, 10, and son, Julian, 8, are close in age to the Giron girls, said her kids are developing leadership qualities, thanks to joining in Big Sunday and scouting events.

“A lot of kids don’t do volunteer work,” said Suzanne. “I think there’s a lack of it nowadays, and few kids understand how much people can be in need. It’s a huge part of their development to give back.”

When little Abree Giron showed up with pizza for everybody at one of the events, having paid for it with her own money, Suzanne said she realized the children were becoming “natural givers.”

Linda Noel, Laura’s supervisor at Disney, says that she is in awe of Laura’s ability to meet her demanding work schedule and also find the time to give back. She and Laura work in the Disney’s charitable giving department, where they oversee management systems that track and process charitable donations, including globally. Linda says employees like Laura Giron, who care enough to help others on their time off, bring that same dedication to their work.

“Her volunteerism truly does come from her heart,” Linda said.

If you know a family making a difference in your community, like the Girons, nominate them for a Daily Point of Light Award.