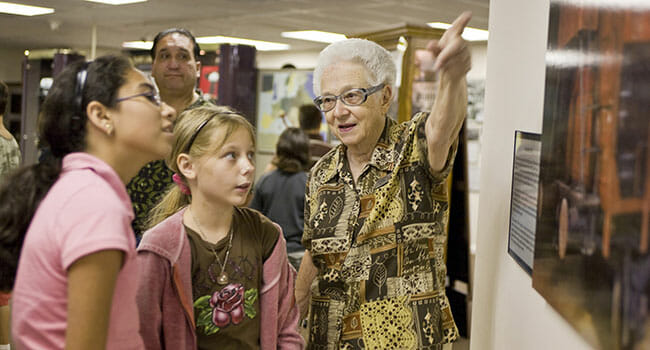 When 89-year-old Lorie Mayer looks around the Holocaust Museum & Education Center of Southwest Florida, she sees not only the hundreds of mementos and artifacts that she and other volunteers so carefully gathered and framed 15 years ago when they helped get the museum off the ground, but also reminders of her own story — and what might have been.

Mayer wasn’t quite a teenager when she and her family managed to emigrate from Germany to Chicago, where an uncle had set up home. The impetus for their speedy departure: the “night of broken glass” (or Kristallnacht) on Nov. 9, 1938, when hundreds of synagogues were destroyed, thousands of Jewish-owned shops were rampaged, and tens of thousands of Jews were taken to concentration camps.

“I lived through that,” Mayer says. “I still have personal items from that period.” Some of them are in the museum’s collection, but that’s not the only connection she has with the institution.

“Lorie has been one of the most integral individuals at the museum,” says education specialist Samuel Parish, who nominated Mayer for a Daily Point of Light Award. “In some ways, she been the embodiment of the museum.” 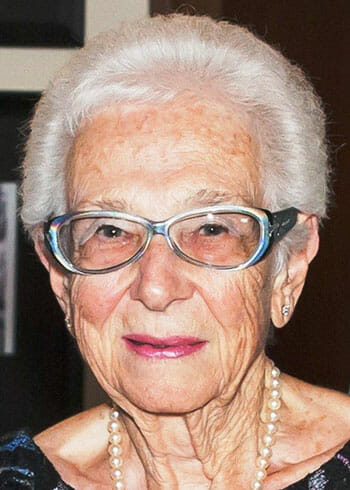 The idea of the museum has its roots in a middle school project. “First, the youngsters started assembling photographs from local survivors, then a local dealer got involved and before you knew it, there was quite a collection,” recalls Mayer. “I had been speaking in schools about my own experiences and I had materials from the U.S. Holocaust Memorial Museum and the Simon Wiestenthal Center and so the teacher incorporated those into the kids’ display, too.”

“It began to look like too good of a project to let go,” she says.

“Visitors who have been to other larger Holocaust museums located in bigger cities always compliment us,” Mayer says. “They say that detailing the rise of Nazism and the other events of the Holocaust in the order in which they happened makes the history easier to understand. Other museums act more as memorials and don’t tell the whole story as well as we do, in my opinion.”

Starting a museum turned out to be easier said than done for Mayer, as a time commitment of what she thought might be a few hours a week turned into a full-time job without pay. Along with several other helpers, she began organizing the materials they had amassed, arranging them in chronological order, and eventually locating them in a small storefront of 2,000-square-feet, or so, in Naples, Florida. The biggest challenges were authenticating the objects — from passports, to daggers, to maps — and keeping track of donations, but their efforts paid off.

Since opening, the museum — with a stated mission to inspire action against bigotry, hatred, and violence — has expanded twice, now employing a staff of seven. Besides displaying artifacts to tell the individual stories within the larger history and producing educational programs and activities, the nonprofit also presents general public programs that highlight elements of its collection and stories related to the Holocaust and other genocides.

Mayer still volunteers, coming in once or twice a week to “make trouble.” Volunteering “helped fill the void that my husband left in my life when he passed away 17 years ago,” she says. “The school kids who come in to tour the museum are truly in awe when they hear what it was like from people like me, the last surviving generation of that time. I’m hoping that after the people who lived through it are gone, youngsters will always be interested in learning more about this period.”

Want to make a financial gift, donate artifacts, or volunteer? Check out the Holocaust Museum & Education Center of Southwest Florida’s website for ways to get involved or find them on Facebook.