Meet Daily Point of Light Award honoree Sandra Richardson. Read her story and nominate an outstanding volunteer, family or organization as a Point of Light. 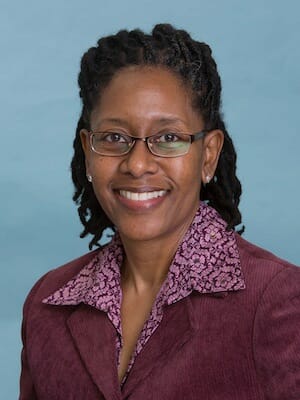 When she was 11, Sandra Richardson’s family moved from St. Thomas, in the Virgin Islands, to Connecticut, following her father who had relocated there in search of construction work.

Always shy, young Sandra had a hard time fitting into her new surroundings. Though her parents – often busy with work – were loving, she didn’t always have the guidance she needed.

“After high school, I floundered a bit,” she says. It wasn’t until she was in her early 20s that she realized that to get anywhere, she’d need a college education.

After getting her career on track, Richardson, now 50, began volunteering for a local nonprofit, Historically Black College Alumni, to help disadvantaged students – often immigrants – avoid the detours that had plagued her.

“One of the main things I want to relay to young students reaching college age is the importance of spending some time taking inventory of what your interests are and how you might be able to use them in a career,” she says.

Founded by several alumni of historically black colleges and universities living in and around New London, Connecticut, Historically Black College Alumni promotes higher education with an emphasis on such schools. 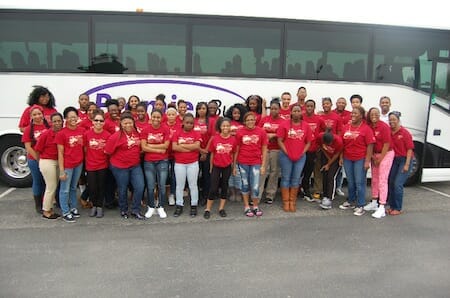 Its most popular activity is an annual college tour during spring break that introduces students to several campuses. Richardson has accompanied students on these tours, and now spends the better part of each year planning the visits.

More than 100 historically black colleges and universities – schools that were established to serve African-American students before the civil rights era – are still around today.

“Not only do they offer a rich and unique cultural perspective,” says Richardson, “but they are often more affordable than traditional colleges.”

Meanwhile, Richardson has finally begun pursuing her own passion by going back to school for a master’s degree in public health and using her skills in another volunteer effort.

She found her calling by volunteering at a transitional home for women recovering from drug or alcohol dependency. She developed a healthy living program emphasizing nutrition and fitness, which she wants to introduce to other agencies.

“Now is the time for me to find a higher purpose in life,” she says. “It doesn’t make sense for me to exist in this world just for me.”