Operating with the motto, “let me know how I can help,” Ron Weaver has been an inspiring fixture in his community for over 50 years to many who have been on the receiving end of his generosity. What keeps the 85-year-old Plano, Texas resident going? The memory of his beloved wife, Dolores, and keeping her legacy of compassion alive. The two, who met in Spain, Dolores’ birthplace, identified a need for resources amongst the low-income Hispanic community in Plano well before the tremendous growth of the city in north Texas, now home to over a quarter of a million people. Together, they provided needy families with basic essentials including furniture, appliances and financial support, and in the process, turned their home into a thriving community built on trust and good deeds. Now volunteering most of his time at a medical charity clinic, Ron can be counted upon to be the first person in the building, and the last one to leave. We spoke with Ron to learn more about his work at Julia’s Center for Healthcare, and how he is making a difference in the community by advocating for ESL families.

How did you decide to begin serving your community?

When we moved to Plano in 1967, the town had a population of approximately 7,000 people – at the time, you’d say the town didn’t even have a full-time traffic light. We were just starting to face race issues, segregation was very rampant. But most of the people in this town were good folks, they wanted to make it better. There were approximately 20 Spanish-speaking families who had called Plano home for some time, they were the true “Spanish-speaking Texans”. They lived in a very poor part of town, and my wife, who was a Spaniard, felt a very deep need to help people. She would see a beggar on the other side of the street and cross the street to help the person. We helped families get washer machines, and anything else you can imagine. The 20 families became 50, 50 became 100, and pretty soon, the town grew and Plano had a big population of Hispanic families. We recognized a need early on in our community, for these families to be recognized, listened to and cared for, and those were needs we were able to respond to. 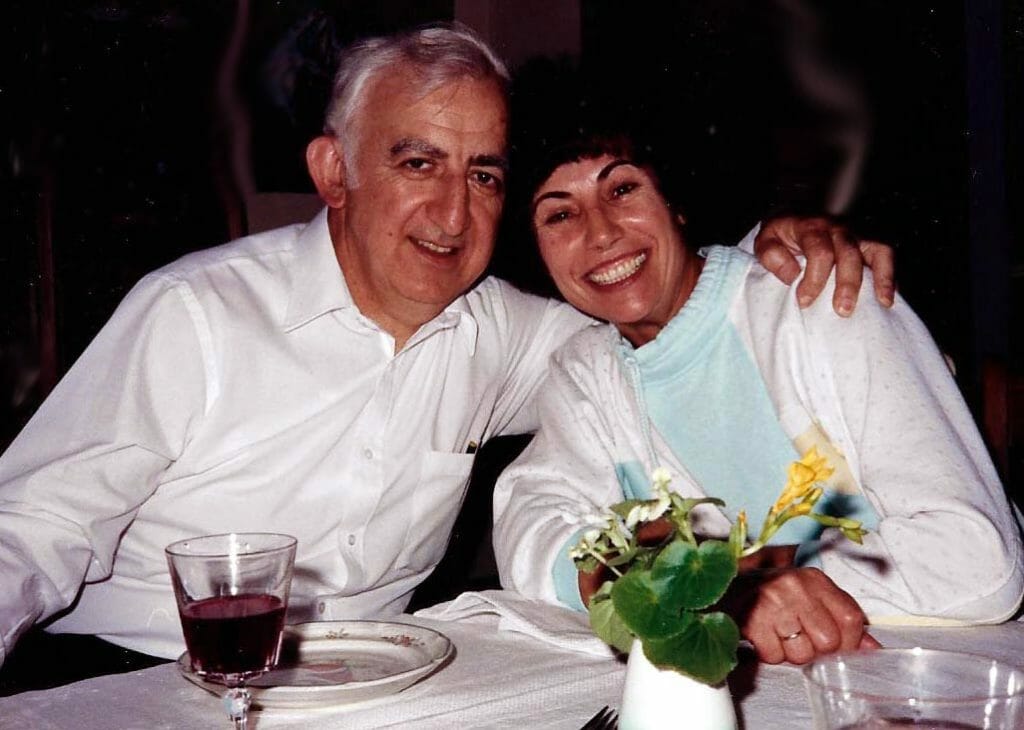 Tell me about Dolores. Why is it important to you to keep her legacy alive?

When I was a young man, I lived and worked in Spain. I married Dolores in Spain, and my son was born there. Dolores was born the same month that the Spanish Civil War began. Her father was a civil engineer, and he was conscripted into the Army. The family lost everything in the war, they wound up with nothing. Dolores and her family very closely identified with those who had little, and this became a way of life for her family, to help those who had nothing. Dolores set a standard for giving back, and she became well-known for that. Her volunteerism was never organized. Her attitude and her view of contributing was, ‘if God places a person in your path who has a need, then you must address that need.’ This established a way of thinking, it permeated our neighbors, our family.

You spend all your time giving back. What does it mean to you to hear that people value what you do?

It’s flattering, but I would say to you that I have worked for years with several other volunteers who are just as worthy of that recognition or more so. Some of them have jobs – I’m retired, I’m 85-years-old. I have the time. And still, these other volunteers show up just to help. It means a lot to me to know that I can help. That they tolerate me (laughs).

In 5 words or less, explain what volunteering means to you.

I’ve thought a lot about it. A lot of people are reluctant to get to know the people who truly need the help. And the perfect way to get to know a family is by getting to know the children, that’s the way to do it. At the last clinic where I volunteered, we do our best to take the time to listen to people about their story, about what they want to do. A 16-year-old girl told me recently how her high school still feels very segregated by race, unfortunately. These Hispanic kids bring diversity to the overall group, someone needs to tell them that they are valuable, and that they strengthen, and that places like the clinic I work at can’t do their jobs without them. They’re absolutely crucial. Suddenly, when these kids think they have a value, you wouldn’t believe the change. The number of kids translating next to nurses, who go on to become a nurse, or a teacher. And then they’ve broken down another barrier, because this is the first child in the family who is going to go to college, become a nurse, a teacher.

What’s the one thing you want people to know about your volunteerism?

I currently work at Julia’s Center for Healthcare as an English and Spanish translator, and as an administrator. I’ve also worked as a substitute teacher for an ESL program, mostly to immigrants, assisting families and young people. We need translators in these clinics, and 16-years-old is the required age to start. We ask teens to come help at the clinic, and along the way, I talk to them about what they have in mind for their future, I assist them in getting scholarships, I’ve helped kids with college essays. I want to make these kids understand the value of their second language, and encourage them to develop their skillsets, not have them toss their Spanish-speaking skills aside.

Do you want to make a difference in your community like Ronald? Visit All For Good to find local volunteer opportunities.