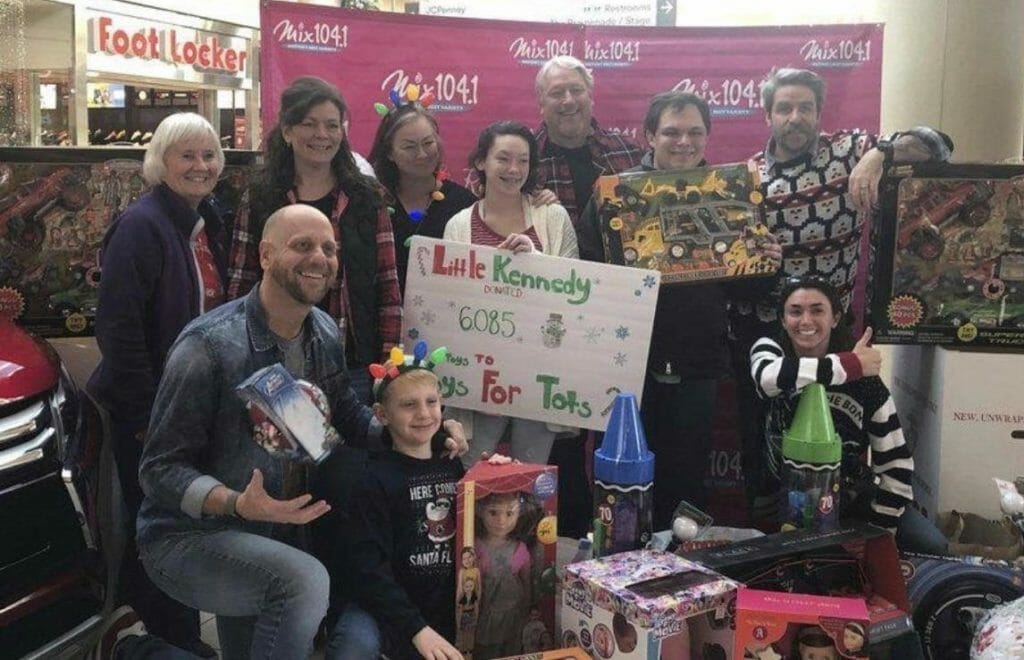 Kennedy Steiner was listening to one of her favorite radio stations when she heard a call to the community that would change the course of the next six years of her life.

The station was gathering donations for Toys for Tots, a not-for-profit charity that collects and distributes toys to less fortunate children at Christmas. Kennedy followed their call and donated what she could that year — and then spent the following years trying to donate even more and more. Kennedy has since donated over 30,000 toys to Toys for Tots.

The teenager spends all year long gathering toys, which are for children aged from infants to in their early teens. She manages to gather the money and resources for the toys through yard sales, drives and through advertising on her Facebook page. Kennedy is now in the process of applying for nonprofit status so she can take her volunteer work, which she calls ‘Kennedy Kares,’ to the next level by being able to request donations for businesses.

For her constant dedication to ensuring as many kids as possible have a bright holiday season, Kennedy is today’s Daily Point of Light Award recipient. Points of Light spoke with her about how she’s managed to make such a large contribution to her community at age 15.

So throughout the year I do a toy drive that gets donated to Toys for Tots at the end of the year. 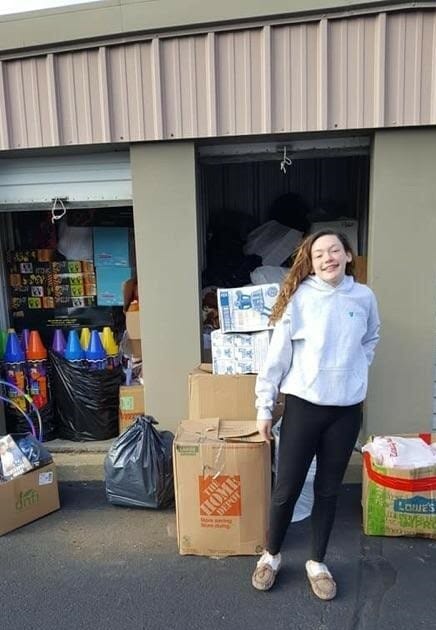 What made you want to start the toy drive?

I listened to a radio station that happened to have a DJ with the same name as me which I thought was really cool. They started collecting toys for Toys for Tots so I wanted to help because I thought it was really cool what they were doing and I listen to them a lot. So that year I only donated a little bit. And then each year I donated more and more, because throughout the whole time, I started realizing even more how many kids don’t get as much as other kids and how fortunate so many kids are, but also how unfortunate so many other kids are. I just wanted to be able to help that and know that I was helping toward something that was really important.

How do you get the word out so you’re able to collect so many toys?

I have a Facebook page and I make flyers. When it gets a little bit closer to the season, I pass those out. Even though this is an all-year thing, most people don’t realize that it’s all year until it comes to Christmas time. So around that time, I pass out flyers just saying who I am, what I’m doing and why I’m doing it. All year round I’m putting things on to the Facebook page so people know about it, and on social media in general.

How does it feel once you’ve finally donated all these toys at the end of the year?

Throughout the year I obviously feel happy about everything I’m doing, but when it finally gets to when I drop everything off and see how much I’ve really gathered and donated — it feels amazing, honestly, getting to see how much work has gotten put into this and how many kids are going to be helped.

Getting to realize how many people I’m helping. Also … getting to realize that someone my age is able to do something and make this impact. I know that I’m helping kids all over my area. Even though I don’t know them, it’s still rewarding to me that I’m able to help them.

Hopefully my drive will become a nonprofit called Kennedy Kares, which is what I call myself now, but eventually I want it to get to the nonprofit status so I can reach out to bigger companies so I can get even more toys. So that it can get even bigger and I can help even more kids.

Do you want to make a difference in your community like Kennedy? Visit All For Good for local volunteer opportunities.