Katie Glenn was sitting in the doctor’s office at the Mayo Clinic with her dad, who’d just been diagnosed with Stage 4 Cholangiocarcinoma, when she brought up a conference she’d come across online. Explaining to the doctor that the conference, which was being held halfway across the country in Salt Lake City, was focused on research about the disease, a rare cancer of the bile duct, she asked if she should go. The doctor told her to book a ticket.

Attending that conference, the 33-year-old, who lives in the Chicago suburbs, says she was better able to care for her dad, who passed away just five months after his diagnosis. And connecting with the network that hosted the conference, the Cholangiocarcinoma Foundation, spurred her into action, joining hands with others desperately fighting this rare disease, often labeled a silent disease because it can go unnoticed until the cancer is in the advanced stage. Starting off small, Katie began fundraising for a marathon run, and then progressed into formally serving as a volunteer race coordinator for Team CCF, an initiative within the Cholangiocarcinoma Foundation. Supporting runners across 16 races throughout the U.S., Team CCF has raised more than $100,000 since Katie’s involvement, all in the name of research and finding a cure for Cholangiocarcinoma.

Katie, who is a high school teacher and swim coach during the day, is channeling her commitment to finding a cure and desire that not one more survivor, family member or friend feels alone in their battle against Cholangiocarcinoma, and is today’s Daily Point of Light award honoree. Points of Light spoke to Katie to learn more about her work with the Cholangiocarcinoma Foundation.

I didn’t really volunteer before my dad’s illness. I’d always been aware of the importance of raising funds for research, because both my mom and sister are cancer survivors. But this was different – I just knew continuing this fight was something I had to do when my dad passed away. I couldn’t turn my back and not do anything for the other people who were still alive and fighting against this disease.

This is a rare cancer – many people may even have trouble pronouncing the name. How do you say it?

Cole-ang-EE-L is the first part. And then carcinoma – what does that mean? it means cancer. And Cholangeal means bile duct. So Cholangiocarcinoma means bile duct cancer. According to the American Cancer Society, about 8,000 people in the U.S. are diagnosed with it each year. 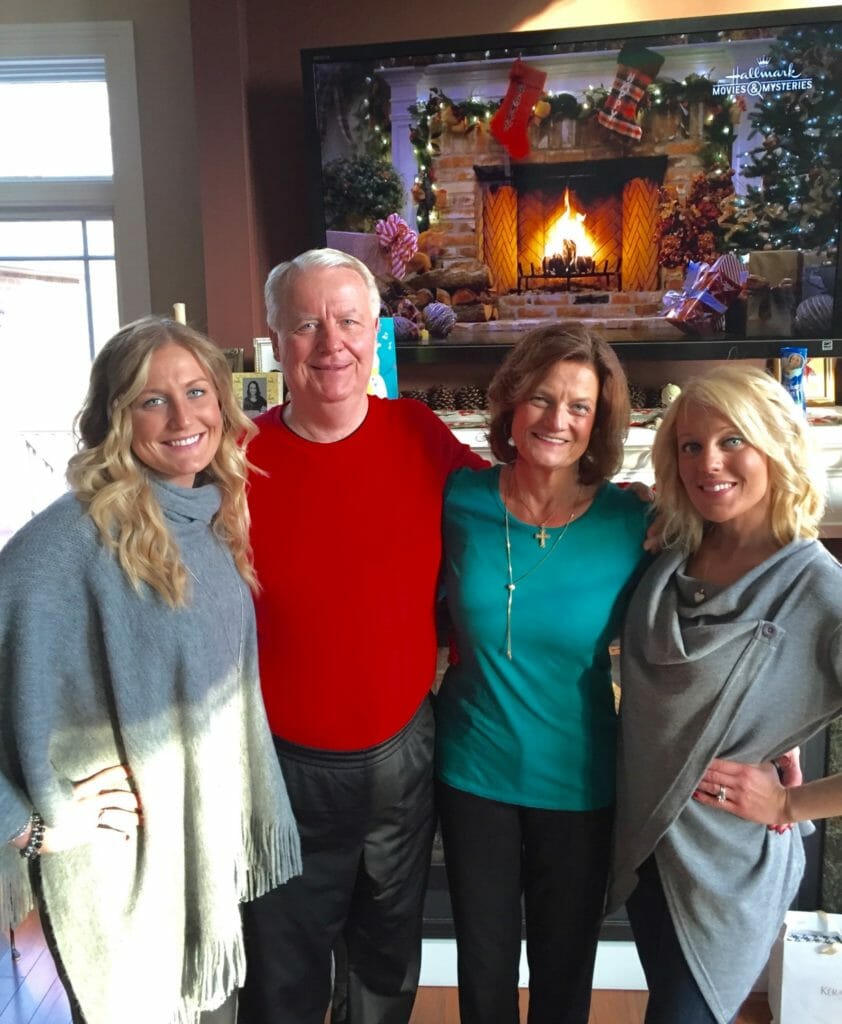 I fundraise, train, organize events and recruit. For Team CCF, all of my work is done to support our runners, and make sure they meet their goals. The biggest goal? Unite around this cause that means so much to all of us. Our runners are running for a reason, they are all connected to our cause. By running, they keep the memory of those who have lost the battle alive. In addition to Team CCF, I am a member of the C.A.R.E. Team. C.A.R.E. stands for Cholangiocarcinoma Awareness Research Education, and we serve as the bridge between patients and caregivers, doctors, clinicians and researchers. It’s such a rare disease, a patient can go in to see a doctor and they may not know what to do with them. So in pooling our resources and connecting these groups, we are working to most effectively get people help and education.

I’m sure I have a lot (laughs). The first one that comes to mind – I try to live by kindness. We never know each other’s struggles, so we have to support each other. Another one – It’s my dad’s legacy: love can conquer anything. That was his motto, and it’s one I’ve wanted to live up to that legacy. Lastly, one saying that came from my dad’s service: “Prayer never stops and love never dies.” I will forever love my dad, and all my family, and that will never change.

What’s one thing you want people to take away from your story?

If you’re in the fight: Stay united as a family and find support. Because it’s out there. No patient and no family has to go it alone.

Do you want to make a difference in your community like Katie Glenn? Visit All For Good for local volunteer opportunities.