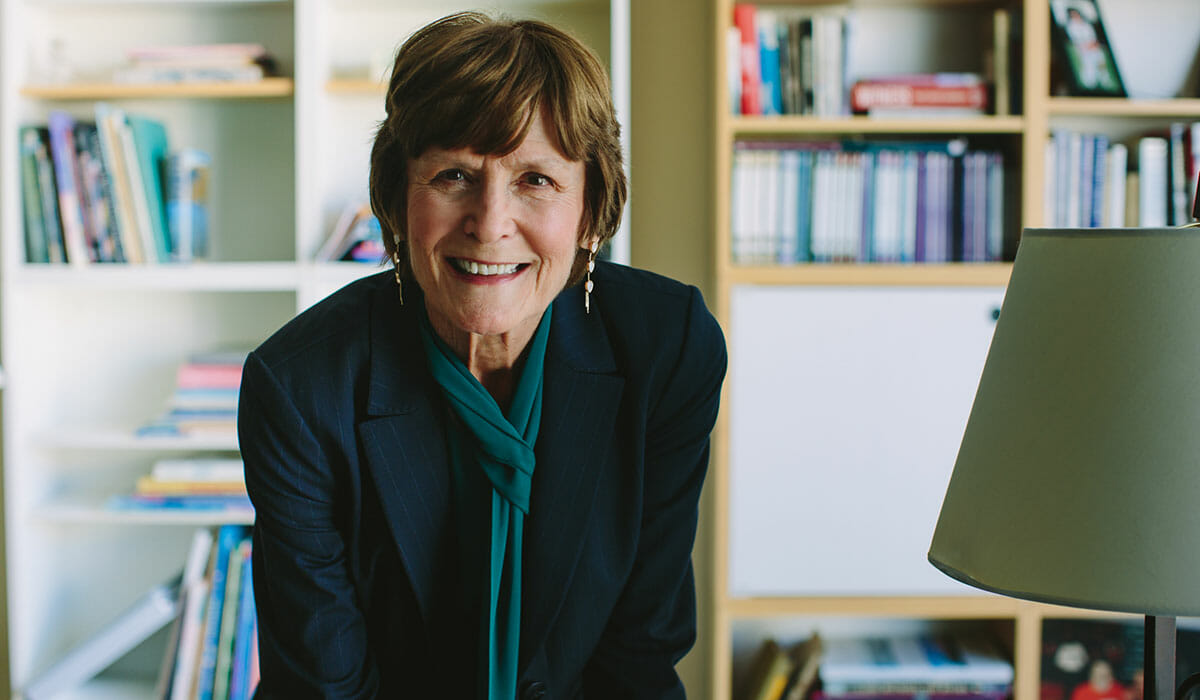 Meet Betty Mohlenbrock, who was a Top 10 finalist for the L’Oréal Paris Women of Worth Award in 2018. Each year L’Oréal Paris and Points of Light recognize and celebrate Women of Worth who make a beautiful difference in their communities. Ten honorees each receive a $10,000 grant to support their most cherished cause, and an online vote determines one honoree who will receive an additional $25,000 grant. Nominations for 2019 are now open! If you know a woman who works to create lasting and significant change in her community, nominate her to be one of the 2019 Women of Worth.

“One of the core values that is most prominent at all times in my life is that when you give of yourself, even though you don’t realize it and it’s not the reason you do it, you are learning, you are growing,” said Betty Mohlenbrock.

As a former educator and nonprofit professional, Betty has always been committed to improving children’s lives, and when she retired, that commitment would continue. In 2011, she came out of retirement to establish Reading Legacies, a nonprofit dedicated to fostering supportive relationships between the children of incarcerated parents and the parents themselves through the simple act of reading aloud.

In 2012, an estimated 2.7 million children in the United States had experienced parental incarceration. Children whose parents are incarcerated often face a range of challenges, including an increased risk of depression, drug abuse, and poverty. On average, the children of incarcerated parents are six times more likely to become incarcerated themselves.

By helping to maintain the bonds between children and their incarcerated parents, Reading Legacies works to address the devastating impact of incarceration on families and communities. The organization operates two reading programs in the San Diego, California, area. The larger program, Family Connection, provides incarcerated parents with a way in which to connect with their children through recorded read-aloud sessions that are then delivered to the children’s homes. The smaller program, Youth Readers, invites local teens – some of whom have experienced parental incarceration themselves – to read to children in their community on a weekly basis.

The central focus of these programs is the emotional and educational benefits that reading aloud has for children, but their impact is much broader. By participating in Reading Legacies programs, parents and teens learn to become role models, building their own self-confidence and sense of self-worth in the process. “That’s what’s happening with these incarcerated parents and these teens that we’re taking out of the gangs and the afterschool behavior that’s harmful to them,” said Betty. “It’s empowerment. It’s a double-edged benefit. It benefits the children, but the readers are getting so much out of it, too.”

Betty has partnered with many institutions in the area to bring programming to underserved populations, including the San Diego County Probation Department and Sheriff’s Department, the California Department of Corrections and Rehabilitation, school districts throughout San Diego County and many Head Start facilities. The work of Reading Legacies is made possible by the many volunteers who execute the programs. In 2017, volunteers dedicated 21,105 hours to Reading Legacies and its mission.

Although Betty is the visionary and leader of Reading Legacies, she insists that its success is due to the support and advice she has received from others. “None of this can be done well if you don’t bring smart people alongside,” she said. “That’s something that I learned very early on.”

The organization has made tremendous impact in the community. In 2017, Reading Legacies facilitated 8,000 interactions among parents, teens, children and family members participating in its programs. As a result of these interactions, Reading Legacies is seeing incredible effects. The families of children who have participated say that 73 percent of children are enjoying reading more, and that nearly 70 percent of them are communicating more with their parents.

Every teen who has volunteered with Reading Legacies says that the program strengthened their leadership skills, and 87 percent report an increase in self-confidence. Of the incarcerated parents who have participated, 94 percent have seen a boost in morale and feel more connected to their children at home.

Stephanie Scott, a long-time volunteer with Reading Legacies, has experienced incarceration. Her passion for the organization comes from seeing the positive change that the programs have had on parents. “For me, and also for some of the other ladies who serve, we have children, and some of us have experienced separation from our children,” she said. “We know firsthand how that can feel, so being able to instill some hope in parents – it’s such a rewarding experience.”

One of Betty’s greatest challenges is providing programming to incarcerated parents. A stigma is often attached to serving incarcerated people, and sending videos from prison is often complicated by prison regulations. “[Incarcerated parents are] difficult to reach, and they’re difficult to follow. It’s a transient population,” Betty said. None of these challenges deter her, however, and she’s proud of the unique work her organization is doing: “It’s worthwhile because it’s something that no one else is doing. It’s the right thing to do.”

Reading Legacies has created a ripple effect through families and communities. A father whose incarceration had strained his relationship with his eldest daughter found reconciliation through participating in Reading Legacies. “This program changed his life because it let him become a parent rather than a criminal,” said Betty. It changed the daughter’s life, too: she is now pursuing a career in education in the hopes of becoming a teacher.

Betty also tells the story of a young man who joined the Youth Readers program. He originally volunteered so he could spend more time with his girlfriend, but ended up realizing that he was good with children. “He stayed with the program for three years, then went on to college,” Betty said. “The first in his family.” He then became the vice principal at a high school in San Diego.