Employees have stopped writing #RaceTogether on cups at Starbucks, and critics have mostly stopped sneering at the effort. Will other companies now become wary of promoting or discussing social change? 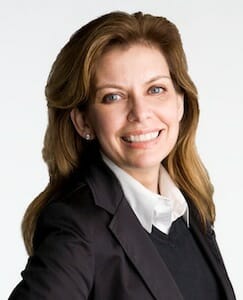 That question weighed heavily on my mind last week, as I headed to Boston for the annual meeting of the Points of Light Corporate Service Council. Representatives from 60 of the nation’s largest companies gathered to share lessons from and leadership of the corporate volunteer service movement.

The topics and issues discussed ranged from how to expand global volunteerism to increasing the impact of service projects that can be done in a single day. Over a meal we call “America’s Sunday Supper,” more than 100 corporate social responsibility professionals talked about how to increase racial and cultural understanding and promote unity.

Starbucks – a leader of the Corporate Service Council since its founding 10 years ago – was never far from anyone’s mind. When dealing with the toughest social problems, has the risk of doing anything become too great?

The final speaker of the meeting may have provided the answer. Harvard social scientist Robert Putnam – author of the groundbreaking books “Bowling Alone” and, most recently, “Our Kids: The American Dream in Crisis” – shared his research on the growing inequality of opportunity for America’s poorest children.

When it comes to college completion, one of the most important markers of success and opportunity, Putnam told us the class gap is steadily expanding. Eighty percent of kids in the highest income quartile will graduate from college, compared to 10 percent of kids from the lowest quartile. High school students who are involved in extracurricular activities are 400 percent more likely go to college than those who aren’t.

Yet American high schools with affluent students offer twice as many team sports as high-poverty schools, and more than twice as many non-sports activities like band and chess club. With many schools charging families for extracurricular activities, placing them out of reach for the students who need them most, we should not be surprised by the outcome.

Children growing up in poverty today are increasingly isolated by what Putnam called “the savvy gap.” Better educated and wealthy Americans have wider and deeper social networks that help kids navigate school choices, college admissions, employment and even health issues. And while most well-off children place their trust in adults, six out of seven poor kids do not.

As Putnam spoke, using statistics and stories to show that the American dream is slipping increasingly out of reach for kids from low-income families, I thought back to #RaceTogether.

As with the critical and complex issue of race relations, standing on the sidelines while our kids are being hurt by everything from the cost of extracurriculars to the lack of mentors to the scourge of racism is simply not an option. All of us – individuals, companies and communities – need to be more engaged in the future of our kids and country, not less.

Thank you, Starbucks, for doing something and paying the price. The cost of doing nothing is far too high, for us and for our kids.  And if Starbucks wants to continue a national conversation, count me in.