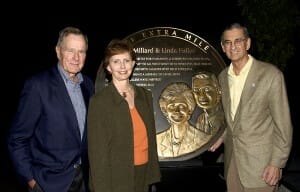 Next time you are in Washington, D.C. you can visit the national monument dedicated to civic service and recognizing individual contributions to the nation.

Since 2005 The Extra Mile- Points of Light Volunteer Pathway has stood as a permanent representation of President George H. W. Bush’s enduring spirit and service in America. 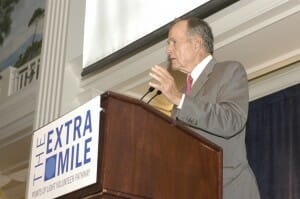 The Extra Mile- Points of Light Volunteer Pathway was created in honor of George H. W. Bush on October 14th, 2005 dedicated to the spirit of service in America. President George H. W. Bush was in attendance at the opening dedication ceremony.

The Extra Mile is a national monument dedicated to America’s belief in the power of individuals to make a difference in the world.  It embodies the spirit of service in America and reflects our democratic ideals, values and traditions around social change and citizen participation.  And it is the only monument in the nation that has been created to honor regular citizens for the work that they’ve done for their country.

The monument is just blocks from the White House and begins at the corner of Pennsylvania Avenue and 15th Street and continues north on 15th Street to G street, NW.  Formed by a series of bronze medallions creating the one-mile historic walking path the monument honors individuals whose actions and commitment to service have transformed our nation.  Their legacies are enduring social movements that continue to engage and inspire us today. Thirty-three honorees have been inducted and a total of 29 medallions have been installed into the monument – 5 of which were installed this year with 4 more that will be installed by the end of this year. 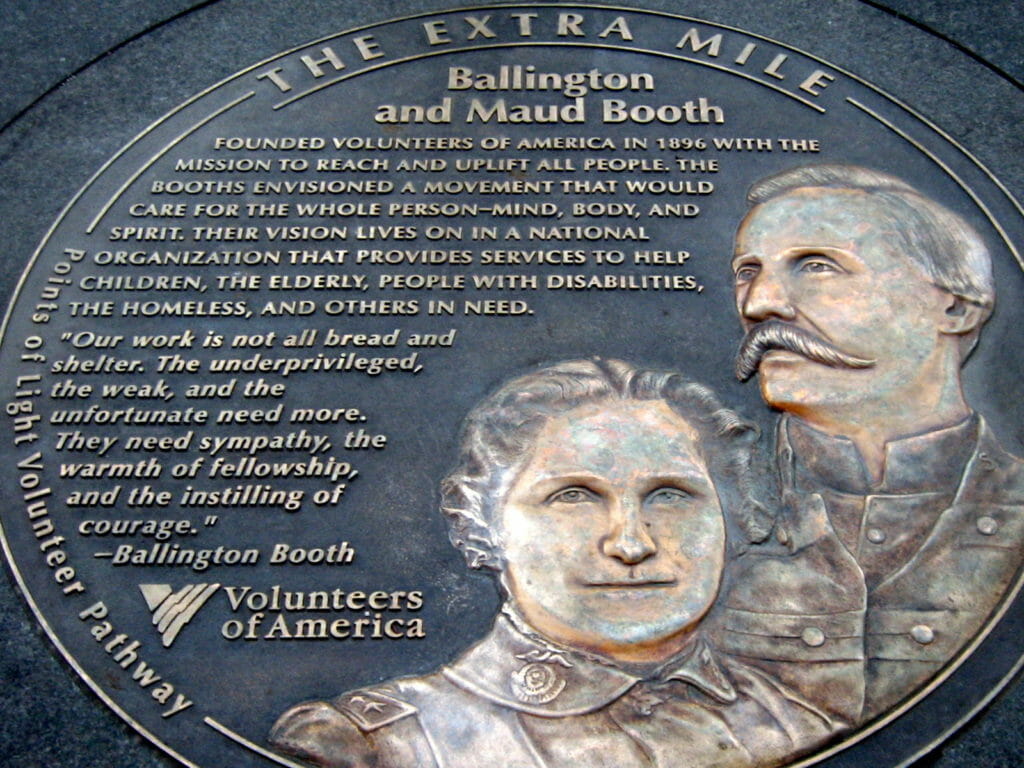 Some of the honorees include William Edwin Hall, Founder of the Boys & Girls Clubs of America, Ballington & Maud Booth, Founders of Volunteers of America,  and Edgar Allen Founder of Easter Seals to name a few.

“Your life and mine should be valued not by what we take… but by what we give.” Edgar F. Allen