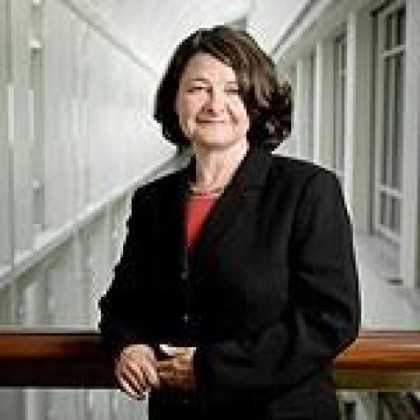 “Two years ago, Transportation Manager Chip Chappelle volunteered to help The UPS Foundation coordinate an ocean shipment of emergency tents from Indiana to Honduras.  Since then, he has managed the logistics of humanitarian aid from every corner of the world to help the victims of floods, tsunamis, earthquakes, hurricanes and cyclones.

On March 21, Chip was recognized by President George W. Bush at a gala event at the Kennedy Center in Washington, D.C., which aired March 28 on NBC. The event celebrated President George H.W. Bush and his wife Barbara for their achievements in encouraging volunteerism. A video shown at the event showcased how UPSers and UNICEF worked together around the clock to rapidly respond to the needs of Haiti earthquake victims.

President George H.W. Bush is the founder of the Points of Light Institute, an organization that supports the role of volunteers in American communities. Chip said, “I remember President Bush when he announced the Points of Light organization. It touched me then. But I never in my wildest dreams thought I’d be honored by him as a single point of light.” He continued, “I am just a small example of how UPSers contribute every day to their communities through volunteer work. Literally hundreds of UPSers in New Jersey, Miami, Louisville, Europe, and other locations worked to serve the Haitian people in the aftermath of the earthquake.”

Chip’s acceptance speech followed a performance by Darius Rucker and was just ahead of singer Carrie Underwood. On stage, Chip identified himself as “just a logistics guy” who had special skills to help others. He encouraged others to volunteer their skills as well as their time.

Four presidents were in the audience, just a few rows ahead of Chip’s three youngest children. Backstage, Chip got to thank the President George H.W. Bush for the honor; he also got to chat about foreign policy with President George W. Bush.

His children were still in the auditorium, Chip said regretfully. “They were too shy to come to the Green Room.””