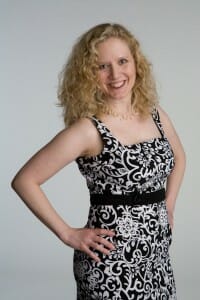 Today’s turning point story is written by Anne Royse Ginther, a founder of RandomKid.  Anne is a 2009 Women of Worth honoree.

A storm of biblical proportions wiped so much off of the map. We watched TV in disbelief. Our country – the United States of America – no longer looked like an international leader of the free world. Hurricane Katrina left us dumbfounded. City after city up and down the Gulf of Mexico looked like a developing country in a war zone.  The sick, the poor and the elderly were left behind. We watched one young girl go into diabetic shock on live television, while a relative screamed out, begging in vain for a shot of insulin. We were outraged. Incredulous.  TV viewers across America were yelling, “Why isn’t the government doing anything?” On the third day, as people lay dying in the streets, one young woman looked into the camera crying, “Forget about FEMA and the National Guard, WHERE IS OUR CONVOY OF CONCERNED CITIZENS?!” She was talking to me. She was talking to all of us. That was my turning point.

Thousands of miles away in a small town called Waukee, Iowa, I logged onto the Internet. I was going to find a way to help somehow. There were countless message boards offering help and asking for help. In those early days, there were even terrifying messages purporting to be sent from Blackberries and cell phones of people trapped on the top floor of their house or building, still awaiting rescue. Some were real, some were later deemed to be a hoax. I found myself drowning in a sea of need. I heard people sobbing on the television, as I Googled shelters in the area to find out what I could do to help. It was overwhelming. There were thousands, if not millions, of people flooding the Internet, wanting to help, but getting frustrated. Not knowing if they’re going to get taken by a con artist, or if the need had already been met. It was a mess.

Inspiration struck. I decided to rally kids to the rescue. I put up a website to rally our youth across the country to trick-or-treat for hurricane relief. Two weeks later, I read in our newspaper that a 10-year-old girl named Talia Leman had the same idea. Her goal was to get enough kids to join in this effort that together they could raise $1 million for hurricane relief charities. I called her up and quickly Talia, her mom Dana and I joined forces.

I showed up at their house with a map, push pins, Halloween decorations and chocolate. Talia dubbed her parent’s office “T.L.C. Headquarters.” T.L.C. stood for “Trick or Treat for the Levee Catastrophe,” and sometimes it stood for “Trick or Treat for Loose Change.” When you’re a kid, you can do that. You can just change the meaning of an acronym to suit your whim. The children I began working with inspired me. One group of kids found the words “I Can” inside the word hurricane. I held those words deep in my heart as I plunged forward into helping kids rebuild the gulf.

Bringing messages of hope and gifts of comfort from children in Iowa to children in the shelters so soon after the disaster fueled my passion, and indeed the nations’, to help Talia reach her goal working with kids across the U.S. to raise $1 million for hurricane relief. After the nation’s army of children dressed in costume fanned out across the country on one special night, everyone wanted to know how much they had raised. Talia, her mom Dana and I struggled with this one. The truth is, the number was growing daily, and it wasn’t just from trick-or-treating. There were as many creative ideas on how to help as there were compassionate kids. One boy sold his 4-H sheep and gave the money to the Red Cross. One school raised more than $1,500 in loose change in their “Drops in a Bucket” campaign. Kids in Hawaii sold Mardi Gras beads. Some gave to Habitat for Humanity, others to a specific school. They gave where their hearts led them. We couldn’t just announce a number, implying that it was over. These kids weren’t finished.

On Dec. 1, 2005, a kid and two moms held a national conference call with representative kids across the nation. Each child had an opportunity to share their story: How they helped, how much they raised and who they chose to benefit from their work. It was time to tally the collective power of kids. We had a blank check, and filled it in backwards, from the cents to the dollars, because these kids worked so hard for every coin.

“No.” At that point, everyone started screaming and cheering in amazement. Nobody thought it would go this high. Only later did Talia admit to us that she was very worried.  She thought that maybe we didn’t even make it to one million, and that this would get mighty embarrassing if we keep trying to go up when there’s nothing there.

In just two-and-a-half months, kids from more than 4,000 school districts across the U.S. collected $5,234,735.88 for hurricane relief. And then we made our announcement. Reports of kids helping were still coming in. These kids inspired the creation of RandomKid (www.randomkid.org), a nonprofit that helps kids help others.  We believe any random kid has the power to solve real world problems, and we help kids do just that. Talia, age 10, was our new CEO. We were going to carry the tally forward, and continue to count the power of children. A year after Katrina, kids collected more than $10 million. ABC News reported that these kids ranked with the giving power of the top U.S. corporations that gave to hurricane relief. Coca-Cola, Wal-Mart, Exxon and… children!

A friend of mine saw a picture of me with teenage hurricane survivors a year after Katrina and jokingly asked what age-defying regimen I was using – because at first he thought I was one of the kids. Nearing the 40-year threshold, my regimen was re-learning how to approach problems with the faith of a child. Kids don’t have the foresight for potential obstacles. They plow forward with unbridled enthusiasm. If something gets in their way, they just go another way because they’re having fun and in this case, they’re doing something important. Each day I help a child help others, I am recharged with their energy and optimism.

I ultimately shut down my successful recruiting business so that I could devote my time to getting RandomKid off the ground. RandomKid has now worked with more than 12 million youth across 20 countries bringing aid to four continents. My new full-time job is that of a youth minister guiding young people to put their faith into action. I have learned from children, but even more than that, I have internalized their spirit – and with that, the “IM” from “impossible” has just fallen away.

Katrina destroyed much of the Gulf Coast, all but drowning the spirit of a nation,  but America’s children, who know no boundaries, proved that hope actually… floats.

When Anne’s not daydreaming with kids on how to make the world a better place, she’s working on her book, “Anonymous Daughter”, about her 8-year anonymous correspondance with her alcoholic birth father in prison for bank robbery; finding beauty in the ugliness.