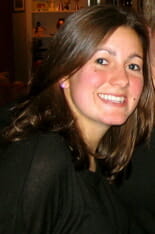 Today’s post is written by Chelsea Murphy an External Affairs Coordinator at Points of Light Institute, a sports enthusiast, appreciator of the arts, and a recent graduate from Emory University.

The Tribute Wall is a place to highlight individuals making a difference in communities everywhere.

As I was considering who I’d like to pay tribute to, I realized February was also African American history month.

To me, Dikembe Mutumbo is the essence of a “Point of Light,” one who has committed himself to improve health, education, and the quality of life of others.

He has been called the most generous athlete in the world for a reason. Not only is he extremely talented in basketball but he also formed the Dikembe Mutumbo foundation to help eradicate childhood diseases in developing countries.  His foundation built a hospital in Congo, Africa, which has saved countless lives.

2011’s theme “African Americans and the Civil War” recognizes the efforts of people of African descent to destroy slavery and inaugurate universal freedom in the United States. The theme, chosen by the Association for the Study of African American Life and History, urges all Americans to study and reflect on the value of their contribution to the nation.

In theme with the Civil War, I recognize Harriet Tubman as a renowned “Point of Light” of her time, a humanitarian in the late 1800’s and early 1900’s, whose actions saved lives and as an abolitionist and spy put her life in danger to aid those who needed help.

Maya Angelou, a civil rights activist, poet, actress and another “Point of Light” in my mind, used her voice to lead others. She once said, “I’ve learned that you shouldn’t go through life with a catcher’s mitt on both hands; you need to be able to throw something back.” I love Maya Angelou’s sentiment and recognize those who have volunteered for the benefit of others and thank those who have given something back in their life.

Won’t you join me in creating a galaxy of light and recognize  someone in your own life or to a famous icon like this video tribute to Carter G. Woodson who is honored as the “Father of Black history” on the Points of Light Tribute Wall.