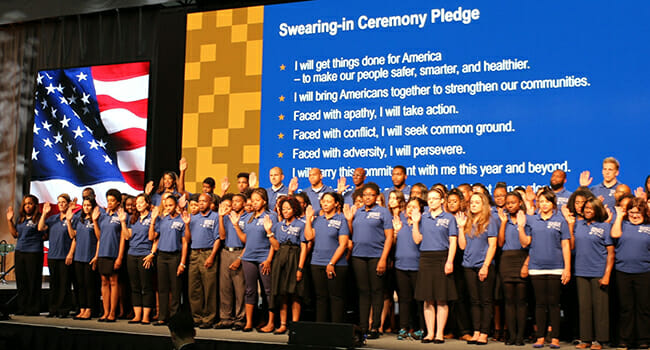 Going into the third year of a program like ServiceWorks, there have been countless stories of impact, service and memories. When you’ve engaged more than 7,500 young people and deployed almost 200 AmeriCorps VISTA members across the country in the effort to bring positive change to the lives of opportunity youth and the communities in which they live, there are bound to be plenty of moments.

But rarely since the partnership between AmeriCorps, the Citi Foundation and Points of Light began in 2014 has there been such a powerful confluence of people, inspiration and service than what recently transpired in New York City.

In connection with the 9/11 National Day of Service and Remembrance, this year’s cohort of more than 70 ServiceWorks VISTAs came from 22 host sites in 14 cities to gather in Manhattan and be sworn in as AmeriCorps members. They were there to connect not just with each other, but with the movement to give opportunity youth the skills and resources they need for college and career success.

One of those VISTAs was Alonzo Warren, who’s been with ServiceWorks at CD Tech in Los Angeles since the beginning. He was honored to be part of a group that included 9/11 Day organizers, along with leaders and champions of national service for a special ringing of the Opening Bell at the New York Stock Exchange.

What’s it like for someone who grew up in South Central LA and is passionate about improving that community through ServiceWorks to be part of such an experience? Emotional.

“I never thought I would be at this point. Remembering my community and where I come from and having this opportunity has a strong impact,” said Warren. “I can go back and narrate what it meant for me to be up here. Hopefully people back home can see this and know that it’s possible.” 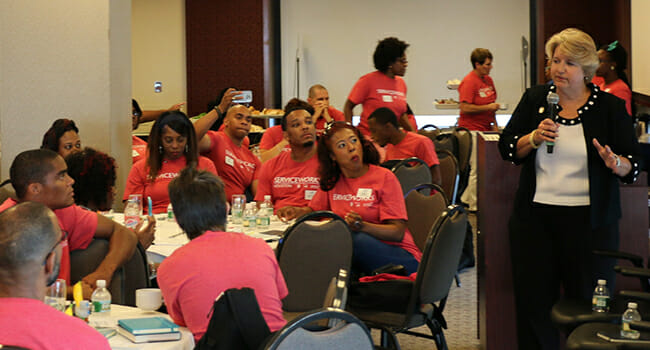 Later that day, the 2016-2017 VISTAs gathered at Citi Foundation headquarters to learn how ServiceWorks fits into Citi’s Pathways to Progress initiative and the national service movement in general. For many, it was the first time they began to grasp that they’re now a part of something bigger than themselves, the local nonprofits that host them or even the cities they serve.

Count Nishitkumar Patel, a new ServiceWorks VISTA at Chicago’s Casa Central, was among the enlightened. “Until now, I didn’t realize how big of a community this is, how the cities are connected, how the youth are connected, or how we can learn from each other,” he said.

During an intimate gathering with national service luminaries including Corporation of National and Community Service CEO Wendy Spencer, Be The Change Founder Alan Khazei and 9/11 Day Co-founder David Paine, there were many voices, but one clear message: The next year promises to be transformative for the 16- to 24-year-olds the VISTAs will work with – and through that work – for the VISTAs themselves.

That theme continued at the Opportunity Nation Summit. After hearing from thought leaders, policy makers and practitioners about issues and solutions related to improving economic opportunity for the 5.5 million youth who are disconnected from school and work, the VISTAs were sworn in by Gen. (Ret.) Stanley McChrystal, who told the group in front of hundreds in the audience, “All of you are about to embark upon a journey in which you will come out better.” 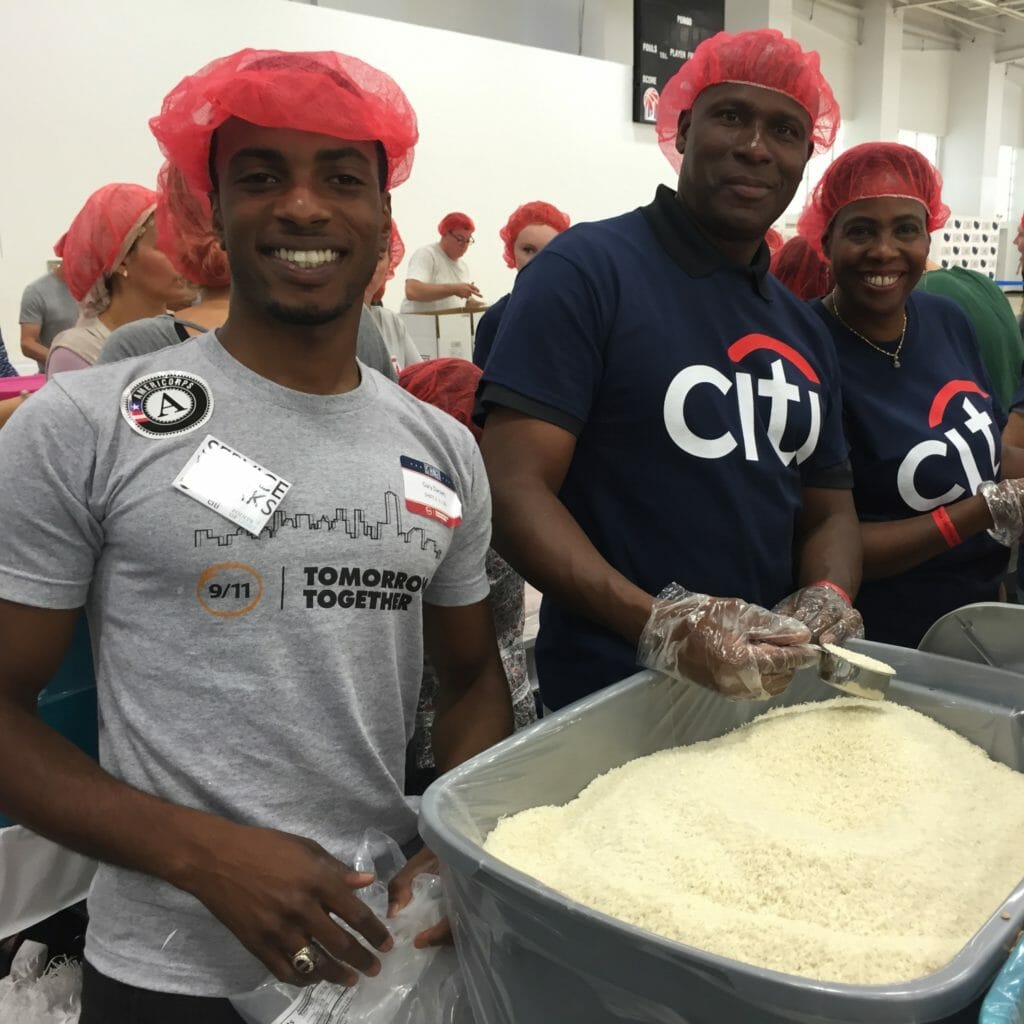 With a group of people passionate about service, for many, the highlight of their weekend in New York was 9/11 Day. On the 15th anniversary of the 9/11 tragedy, the VISTAs, who had come together in Manhattan from communities all over the United States, led thousands of local volunteers – including hundreds of Citi employees – in one of the city’s biggest service projects, packing more than 500,000 meals for the hungry.

For Kidist Gebreamlak, a new VISTA at Education is Freedom in Dallas, it was a powerful experience. “It is very meaningful to me because it makes me think where I was 15 years ago and how far I’ve come,” she said. “I am somewhere I never thought I would be. It’s a privilege. It’s an honor to serve here.”

It was yet another moment in a weekend and program full of them. And with year three of ServiceWorks bringing more AmeriCorps VISTAs to more host sites and empowering more young people in more cities than ever before, there will be plenty more moments to come.