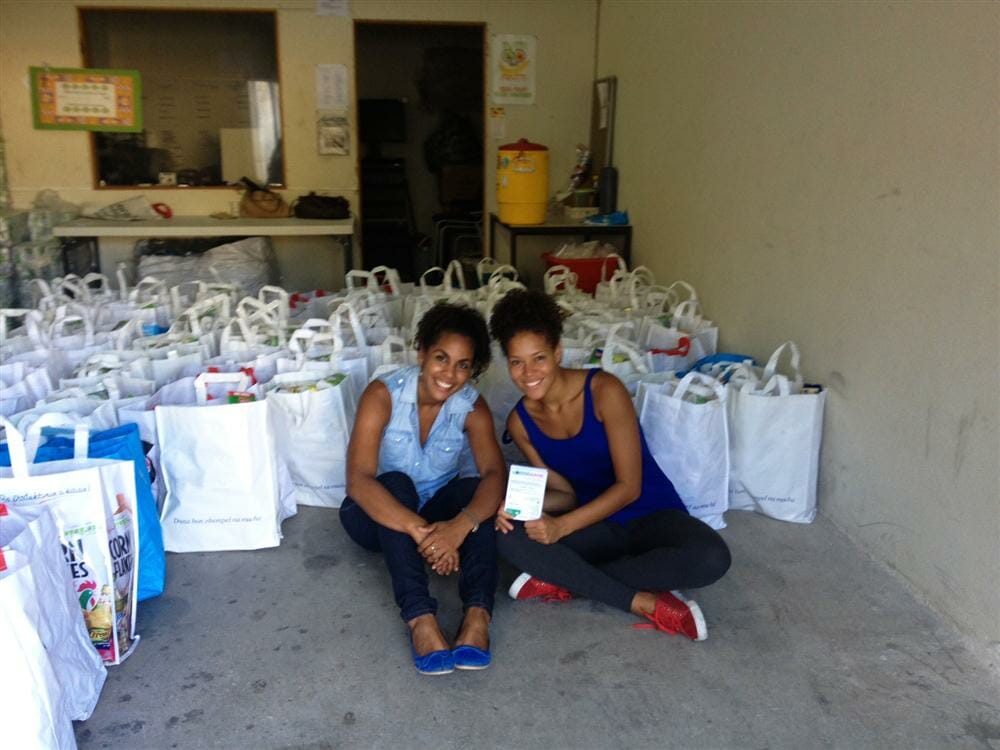 Today’s post is republished from the HandsOn blog and written from Deva-Dee Siliee, Co-founder Curaçao Cares

Curaçao Cares is the first of its kind volunteer and project management organization in Curaçao, a Dutch-Caribbean island. Curaçao is well known for its beautiful capital Willemstad that is on the UNESCO Heritage List, for its beaches, and of course for its blue liqueur. The island received country status within the Kingdom of the Netherlands in 2010 after the dissolution of the Netherlands Antilles, meaning that Curaçaoans would still keep a Dutch nationality, but that we would have autonomy over our internal affairs. After a transition period with many constitutional changes, we are now trying to stand on our own feet and build a nation in the face of great challenges; a dire financial situation, a dormant economy, poverty and school drop-out rates that are concerning, continuous brain-drain as a result of emigration, and perhaps most unfortunately, a lack of social cohesion.

The decision to found Curaçao Cares concretely took shape in the summer of 2011, when I was sitting around the coffee table with Lysayé de Windt and family members that were visiting New York, talking about Curaçao and about what we as individuals could do to contribute to the sustainable development of our beloved island. Lysayé and I reflected on the fact that as young adults privileged enough to have traveled and lived in different countries, we were so much more active in making other communities a better place to live in than our own.

I had just graduated Columbia University with a degree in Political Science and Human Rights. Though at a young age I had spent time volunteering to teach dance at my high school in Curaçao as well as in different foster homes, my real dedication to volunteering started while living in NY. I volunteered at New York Cares Days, spent some Saturdays instructing conflict resolution to elementary students in New York City public schools, and organizing seminars for High school students from underprivileged areas to raise awareness on public and international affairs. I also volunteered in Tanzania in 2008 and had a transformative experience teaching male juvenile detainees.

Lysayé also grew up attending and volunteering at Rotary and Inner Wheel events with her family, as her parents were both part of these organizations. In 2005, she had a life-changing experience studying abroad with the Semester at Sea program, visiting 10 countries, among others: Venezuela, Brazil, South Africa, India, Myanmar, Vietnam, Hong Kong, Japan. While abroad, she volunteered in the many countries with numerous local NGOs. Though her experiences in each country were relatively short, she observed the importance of the organizations and the positive impact they had on the local communities. After a few years working in the financial sector in New York and Amsterdam, she pursued her dream and established her own photography/visual communication and concept development company in Curaçao.

On that faithful afternoon we established that many people that would want to flexibly give their time, talent and skills in Curaçao, might also be asking how and where they can get more involved, but like us encountered that this information is hard to come by. We had witnessed how New York Cares had made community service accessible to millions of people from all walks of life in New York. “We must find a way to make this happen on an island of 150.000 people”, we thought. There is a lot of human capital and goodwill that is underutilized because there is no platform that can bridge the gap and manage connections.

As a new HandsOn affiliate, our mission is aligned with that of the network; to inspire and mobilize individuals to seek active citizenship through flexible engagement in meaningful service projects, and to create and manage flexible but sustainable volunteer projects in partnership with individuals, corporations, and non-profit/social organizations. Through volunteerism, we hope to foster understanding and facilitate crucial exchanges between citizens, in order to elevate the quality of life on the island and create a greater sense of community.

Curaçao Cares was officially established in October 2012, so it is still in a cocoon, but we are making strides. In this start-up phase, we are focusing on reaching out to community partners to understand their needs and the possibilities. On the other hand, we are working on building partnerships with corporate partners to create and implement corporate volunteer projects as part of a comprehensive CSR policy. Starting with the corporate community is important to see us through financially, since there are not many other ways to get subsidy. We are happy to announce that we already confirmed a three-year founding partnership with three large companies! For a fourth company, we are already working on an exciting photography project with a local special needs school.

We want to thank Points of Light and the HandsOn Network for their support and the wealth of knowledge that we have already received. We look forward to sharing our story and contributing to the growth of the network.