This post is by Annie Blumenfeld, a 17-year-old from Connecticut and founder of Wags 4 Hope, an organization that supports animal shelters and rescue groups.

One day after coming home from a soccer tournament, my mom told me that she wanted to get a new dog. I was ecstatic. 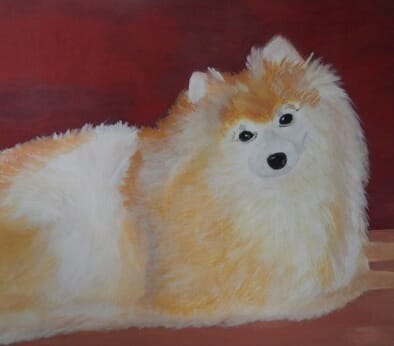 It wasn't a simple love story at first.

Although our new dog, Teddy, looked dazzling when he arrived to our home, he had heartworm disease – a disease that is transmitted from an infected mosquito, which produces larva that grows in the dog's heart, lungs and surrounding blood vessels.

Teddy was in a cage for more than a month after being treated. After hearing more about his back story, I went online to research heartworm disease.

Being 14 at the time, I had heard of issues in the animal-welfare world, ranging from "adopt, don't shop" to animal testing, but was unfamiliar with the disease.

I learned from Teddy's amazing rescuer, Kathy Wetmore of the Houston-based Shaggy Dog Rescue, that heartworm disease runs rampant in shelters in Texas.

I discovered that animals with heartworm disease are often euthanized, due to the cost of the treatment (ranging from about $600 for a small dog to $2,000 for a larger dog) and the amount of time it takes to treat these animals (anywhere from a month to four months depending on the severity). 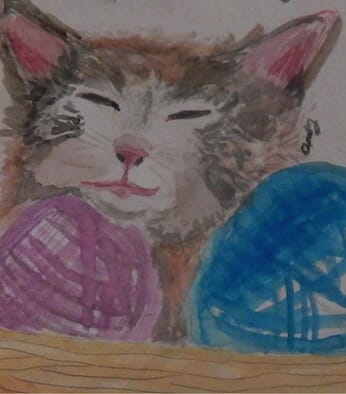 A few days after Teddy's rescue, a sheepdog painting that I did was selected for a local art show. As I walked into the display room, there were a few people around my painting.

One nice lady approached me and asked if I was the artist. She told me that she wanted to buy the painting and then her friend asked if I painted other dogs. On the car ride home, Wags 4 Hope was formed.

My organization, Wags 4 Hope, works to support shelter animals' medical needs and spread heartworm disease awareness. I sell custom dog and cat portraits and give all of the proceeds to shelters and rescue groups.

For more than a year, I worked with the Connecticut Department of Agriculture, sharing my story and advocating for a change to be made on the dog license: I wanted a heartworm disease educational message to be featured on it. I believed this would be such an incredible channel to bring awareness to pet owners across the state.

If you are a part of an animal advocacy group, or if you can write a letter to your state representative after hearing about this idea, please do so. Imagine how many dogs could be saved from having this disease by having this change done in your state.