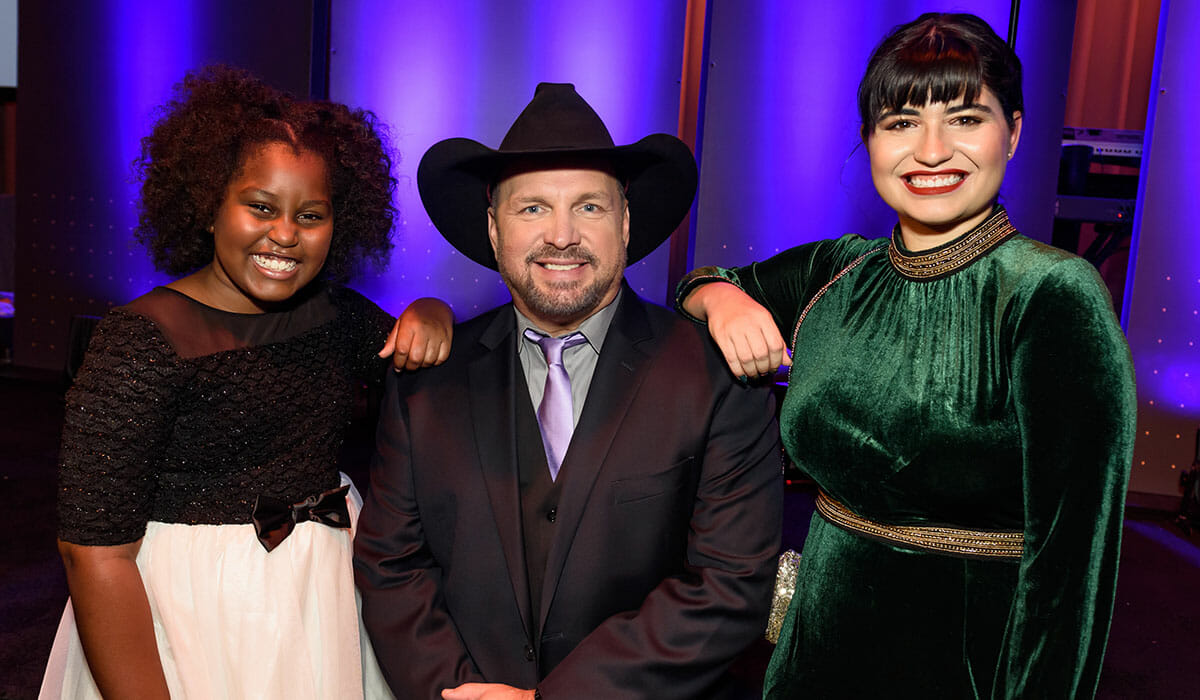 I love the feeling after you’ve been to an amazing party, where you’ve really connected to something meaningful. Your soul feels full – it’s the kind of good vibe that stays with you for days.

On Thursday evening, we celebrated The George H.W. Bush Points of Light Awards at a beautiful gala at the Intrepid Sea, Air & Space Museum. It was a gorgeous event, honoring the legacy of our founder, President George H.W. Bush, and three incredible honorees who exemplify his legacy through their own work.

It was a brilliant evening. Overlooking the New York City skyline at sunset, the excitement and energy of the guests was palpable when entering the space. Everyone in the room seemed to be buzzing, and with the story of each honoree, the pride and awe in the room grew.

My main take away? The future is bright.

Our honorees seemingly had not much in common. A country music legend. A millennial from a rural Iowa community. A 12-year-old from Los Angeles. But what they did share was a passion and a belief in the power of people to change the world.

Garth Brooks, a superstar country music legend, was honored with The Inaugural George H.W. Bush Award for Caring and Compassion. In 1999, Brooks co-founded the Teammates for Kids Foundation with the mission of giving all kids, all around the world, an even start. Additionally, alongside wife Trisha Yearwood, Garth has also volunteered with Habitat for Humanity for more than a decade.

Maria Rose Belding, inspired by her experiences as a food pantry volunteer, created the MEANS Database as a freshman at American University. The innovative nonprofit has rerouted more than 2.2 million pounds of excess food to communities in need across the United States, getting it into the hands of hungry people instead of into the trash.

Khloe Thompson was just 8 years old when she was inspired to start Khloe Kares to address the issue homelessness in her Los Angeles community. Now 12 years old, Thompson has distributed more than 5,000 handmade “Kare Bags” filled with socks, underwear, and a two- to three-month supply of toiletries and other necessities.

These three individuals – from completely different backgrounds, generations, locations – all saw an issue, and took action where and how they could. They didn’t wait or think it was too big. They made a change, where they could, how they could, one day at a time.

President Bill Clinton opened the evening by sharing personal stories about his relationship with President George H.W. Bush, and their shared commitment to service. We also celebrated our global impact. A special message from Boris Johnson, prime minister of the United Kingdom, highlighted the U.K. Point of Light Award and the Commonwealth Point of Light Award, and the profound impact recognition has in motivating and inspiring individuals to do good. And we were joined by dignitaries from many countries around the world, demonstrating that what unites us is far greater that what divides us.

Points of Light believes in the power of people to create a world where empathy defeats apathy – where it is impossible for people to sit on the sidelines.

After this wonderful evening, I believe, now more than ever, that the future is in the right hands to make this vision a reality.

Natalye Paquin was the president and chief executive officer of Points of Light from 2017–2022. She is a visionary and results-oriented leader, with more than 20 years of experience providing strategic, operations and fiscal leadership in the nonprofit and public sectors.

The George H.W. Bush Awards Celebration of 2022 was All About Legacy