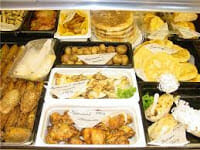 In a nation criss-crossed by strip malls dotted with fast-food restaurants where one thousand-calorie meals are available in an instant for less that what it costs to buy a gallon of gas, and where no fewer than five shows dedicated purely to cooking tantalize viewers from flat-screen televisions daily, it’s hard to imagine that nearly 15 percent of U.S. residents will go without a nutritious meal every day.

Not only will they not be digging into a terrine of torched foie gras or licking their fingers after devouring a technicolor slice of cake, but they will not even be able to afford a McDonald’s Happy Meal. And even if they can afford a hamburger patty or Chicken Nuggets, that’s the only quasi-nutritious food they may eat every day for a week.

This is the paradoxical concept of food insecurity: normal eating patterns of one or more household members are disrupted and/or food intake is reduced for as much as a week out of every month for as many as eight months during the year. The problem, which tends to be chronic as a result of low income or neighborhood, afflicts an astounding 17 million U.S. households, according to the latest statistics (2008) available through the U.S. Census Bureau.

Not only are the food-insecure going hungry or inadequately nourished by skipping meals, failing to vary their intake, or missing food for an entire day, but the foods they are eating are lacking in nutrition, in many cases because the resources for fresh produce, whole grains, and fresh meat and fish are either too far away from their homes or too expensive to afford on a poverty-line pay check.

And the problem is on the rise. Between 2007 and 2008, the rates of low and very low food insecurity increased by an average 33 percent. In Texas, the rate of food insecurity is above the U.S. average, and the communities of Plano and Tyler are no exception.

In 2004, The Junior League of Collin County, then known as the Junior League of Plano, identified a need within its community: food pantries such as the Plano Food Pantry required fresh produce for their clients. Partnering with the City of Plano on issues such as land use and irrigation, the League and a far-ranging variety of community volunteer partners including school and church groups, Girl and Boy Scout troops, and local businesses, spent the next seven years planting and harvesting produce ranging from mustard greens, green beans and radishes to cucumbers and squash. To date, more than 6,000 residents have benefited from several tons of produce harvested.

In Tyler, Texas, in 2006, it was low-income senior citizens who were the target of a food security initiative that has as a result not only been recognized by the U.S.D.A., but also served as a template for other communities around the country. The Junior League of Tyler partnered with Meals on Wheels and the East Texas Food Bank not only to cover the meal gap on weekends during which some seniors were going without food or purchasing badly needed medications (rather than food) with the limited funds of a fixed income, but also to ensure that the meals delivered were more wholesome, nutritious, sensitive to special dietary requirements resulting from individual health conditions, and packaged in a way that seniors could both access and prepare them with minimal effort. To date, “Senior Servings™” has increased the number of seniors it serves by 270 percent and has served as a template, sanctioned by the U.S.D.A. for communities around the country.

So, if you do only one thing today, make it that you’ll add the phrase “food insecurity” to your vocabulary. And if you take away only one message from what has been done in Tyler and Plano, Texas, make it that you yourself have the power to help another person put a good meal on the table. All it takes is a smart idea and a community of people who can get behind it.

What do a city government, corporate sponsors, two longstanding food relief groups, and two Junior Leagues add up to? Two creative solutions to hunger in two Texas cities. In Plano the result is a Community Garden making fresh produce available to food pantries. In Tyler it is an expansion of Meals on Wheels to ensure low-income seniors have food on weekends. Both initiatives demonstrate the capacity of volunteers to provide leadership on critical issues coupled with the creativity of partnering. Twitter Hashtag: #foodpartners 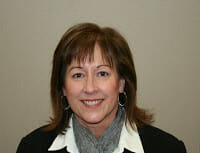 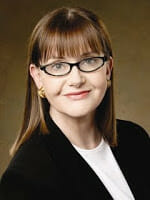 Susan Danish, Executive Director of the Association of Junior Leagues International Inc. Prior to joining the Association, Ms. Danish was the Executive Director of the Center for Women’s Leadership (CWL) at Babson College in Wellesley, MA and her substantial general management and marketing experience was honed at some of the best-known companies in the world. Her early marketing management experience includes work at Procter & Gamble, Playtex and Clairol. Her career also includes being President and CEO of her own retail skin care business. Ms. Danish holds a BS degree in Speech from Northwestern University, an MS in Public Relations from Boston University and her MBA from Harvard Business School. She is a founding member of 1,000 Women for Mentoring and serves on committees of a number of national and international nonprofit organizations.