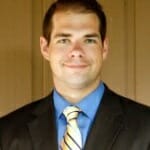 Today’s guest post is written by Joseph Baker. He enjoys volunteering in his community, writing, and baking. Read his work at professionalintern.com.

Need materializes with little regard for resources. When a serious medical condition first manifests, the uncertainty of knowing where and to whom you turn increases an already daunting emotional weight. For these solemn times, harnessing the potential of social media can be key to identifying the human resources needed, especially when it comes to meeting financial challenges of a family dealing with a serious health situation. Locating partners who can leverage their own resources and notoriety is one very practical need that can be met through online networking sites.

Knowing someone who knows someone

From relevant expertise to serious influencers, networking is all about getting through degrees of separation; it’s all about knowing someone who knows someone. In the case of diagnosing a less-than-common cause for a medical condition, the sum diversity of experience matters much more than the individual knowledge of even the most trusted physician. For doctors and families of patients, tapping into a web of skill not only hastens the right diagnosis, but relieves the terrible burden caused by uncertainty.

Adding to the support needs of a family beyond those posed by health matters is the cost of treatment, and the ancillary costs of travel, child care, housing and other unexpected financial expenses. Knowing both a diagnosis and treatment plan provides more definitive dollar amounts that can help when seeking fundraising partners with experience in raising cash for specific medical causes. Examples of this are in no short supply.

When the family of Anderson, Ind., toddler Holden Harless (then 2 years old) became concerned about recurring back pain, local doctors were unable to accurately diagnose the real source of little Holden’s suffering – a spine tumor. After months of inconclusive test results, Holden’s mother, Wendy, contacted Riley Hospital for Children at Indiana University Health for a second opinion. Through that connection, doctors at Riley brought to bear their own considerable experience in treating serious diseases to correctly pinpoint the exact cause of Holden’s pain. Following a successful surgery, Holden had to undergo extensive physical therapy to regain his ability to walk again.

Holden (now 8 years old) was recently the beneficiary of a partnership begun more than two decades ago, years before social media was even a term. Taken by limousine to a Indianapolis Colts home game early in the current NFL season, the young survivor helped start the game by performing the opening coin toss. The event,  Riley Coin Toss Kids, a collaboration between Riley and the Colts, has helped raise awareness for the work done at Riley Hospital for Children by putting a human face to what might otherwise be an abstraction for those not directly involved in a person’s illness.

Make it personal with social media

The key elements in Holden’s story recommend using social networking sites for fundraising. The most obvious of these is how networking, in this case through securing a second opinion, overcomes limitations posed by basic geography. Tying into a networker with a carefully cultivated list of industry-specific contacts can be a multiplier for fundraising potential. The point here is not that these contacts will have fundraising resources, per se, but that they can propagate awareness among a community already invested in a common theme. LinkedIn is the site of choice for connecting with business relationships, yet other sites can help overcome another aspect of successful fundraising – again, putting a human face with a cause.

The very name Facebook speaks to the issue of personalizing need. From symbols, such as the universally recognized pink ribbon for breast cancer, to the actual images of medical condition sufferers, 800 million overcomes a lot of geography when it comes to appealing for help.

Just as Riley Hospital for Children teamed with the former Super Bowl champs to combine the humanity of a child survivor with the awareness of a regional medical resource, networking through technology can multiply the most crucial elements of fundraising efforts.