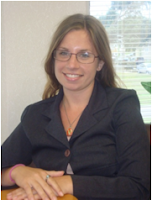 Kimberly Matthews was recently spotlighted in Beacon of Hope Resource Center‘s monthly newsletter as a great neighbor in her New Orleans community.

She organized a community clean-up of blighted lots in her neighborhood that were being used as illegal dumping sites.

Yes, there are still many vacant lots and homes in New Orleans, many that have not been touched since the levees broke during Hurricane Katrina almost six years ago.

Bringing together resident volunteers and visiting volunteers working with Beacon of Hope, Ms. Kimberly was able to clear overgrown lots and get rid of years worth of debris.

Her motivation was to beautify the neighborhood and boost morale in her still recovering community.

She would get up in the morning, go to work, and come straight home, with little notice of issues happening in the neighborhood.

Well, Hurricane Katrina and the ensuing levee breaches displaced every resident in her neighborhood, an area of the city that experienced up to seven feet of flooding.

We’ve all heard the saying “there’s no place like home,” but imagine an entire city’s population experiencing this sentiment simultaneously across the country (and the globe).

It is this experience that has provided a catalyst for some displaced New Orleanians to become engaged in their communities like never before.

It was precisely this longing for home–not to mention lessons learned in neighborhood litter prevention in her evacuation-stay in Arkansas –that got Ms. Kimberly interested in being a leader in recovery in her New Orleans neighborhood.

There’s nothing like a collective trauma–be it a natural disaster, violence, or oil spill–to bring a community together in efforts to recover.

Beacon of Hope Resource Center was founded on this very premise by a New Orleanian, named Denise Thornton, dedicated to see her own neighborhood recover after the storm.

Beacon’s mission is to provide a model for recovery in neighborhoods devastated by Hurricane Katrina. And that starts with engaged residents.

Certainly Ms. Kimberly will not be leading neighborhood lot clean-ups forever–those lots will be developed into residential housing, community gardens, or will be land banked–but she will surely be involved in other neighborhood initiatives like neighborhood block parties, crime watch groups, and block captain communications. And that’s what it’s all about.

A disaster might get people involved for the first time, but Beacon of Hope’s model helps to ensure that they stay involved so that neighborhoods become even better and more resilient for the future.

I hope you’ll join me for the workshop “Engaging Resident Volunteers in Sustainable Neighborhood Revitalization” to learn more about Beacon’s model that teaches how to engage residents initially from ground zero of a disaster and how to sustain that level of engagement post-recovery.

Laura Mellem is the Neighborhood Coordinator at Beacon of Hope Resource Center in New Orleans. She works to engage and empower neighborhood leaders on issues like blighted property, crime, infrastructure problems, and neighborhood capacity-building.