This post is by Mary Bruce, co-executive director of AmeriCorps Alums, a Points of Light enterprise and the only national network that connects the nearly 1 million AmeriCorps alumni. 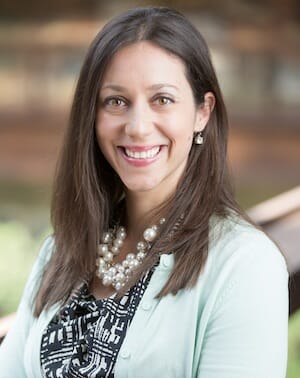 Recently, LeanIn.Org and McKinsey & Co. released “Women in the Workplace 2015,” a comprehensive study of the state of women in corporate America. Lean In founder Sheryl Sandberg writes, “Using the talents of our full population is critical.” And the new study shows we are not.

About three-quarters of companies say gender diversity is a top priority, but employees don’t see it. Workplace policies and realities don’t reflect it.

For example, while a majority of companies surveyed offer career development and flexibility programs like extended leave or reduced schedules, few employees take advantage of them. As a result, women remain underrepresented at every corporate level – and especially in the C-suite.

What are the consequences of this underrepresentation? Simply put, Sandberg explains, “When women get stuck, corporate America gets stuck.” She continues, “There is a wealth of evidence that diversity helps teams and organizations perform better in terms of innovation, creativity, revenue and profits.”

It’s not just corporate America that’s stuck. It’s America. Let’s take a look at the nonprofit sector – worth almost $800 billion to the U.S. economy and employing more than 10 percent of the American workforce. Here’s what we know:

Making matters worse? Workforce data in the nonprofit sector is so opaque there’s much we don’t know. Questions asked in the “Women in the Workplace 2015” (e.g. if career development and flexibility programs are offered) aren’t asked of nonprofits.

And when they are asked, it’s infrequently. For example, the oft-cited CommonGood Careers report on Nonprofit Diversity shined a critical light on challenges of diversity and equity in the sector, but hasn’t been updated since 2008.

While “Women in the Workplace 2015” shows that corporate America is stuck, the nonprofit sector can’t see – and rarely get funds for – what’s sticky. In fact, the 20-year (1992 – 2011) annual average of investments in nonprofit talent by the thousand largest U.S. foundations was just 1.24 percent of total grant dollars.

This all matters, very much, to AmeriCorps alums. We’re more diverse than the U.S. population and predominately female. We’re also more likely to work in the social sector – and make up its key leadership pipeline. More than that, when we served, we learned how much diversity and equity matter.

Sandberg says, “Using the talents of our full population is critical to our economic growth, corporate productivity and individual happiness.” Alums know it’s more than that: It’s also critical to making communities safer, stronger and healthier.

It’s up to us to get America unstuck.

This post originally appeared on the AmeriCorps Alums blog.