Prior to leading Fidelity Charitable, Ms. Norley held a number of executive leadership roles at Fidelity Investments®, including head of Enterprise Relationships and Talent Groups, where she managed Fidelity’s top institutional client relationships and led the talent management and recruiting organizations, and leading the Fidelity Consulting Group, where she oversaw strategy and consulting support to all Fidelity businesses, including its global private equity and venture capital units. Prior to that, she played a key role in launching Fidelity’s Corporate Business Development Group, supporting mergers, acquisitions and strategic alliances. Ms. Norley joined Fidelity in the Corporate Legal department in 1996 after working in the legal department of Bank of America, and held a series of roles leading business compliance and health care product management and sales for Fidelity’s outsourcing businesses.

Outside of the office, Ms. Norley volunteers her time as Vice-Chair of the Board of Directors for Points of Light, the largest global volunteer organization established by President George H.W. Bush, and is a Trustee of the College Foundation Board at the University of Virginia. She also serves on the boards of the U.S. Impact Investing Alliance, Research Triangle Park Foundation and the Flying Kites School Network.

She formerly served on the Executive Women’s Council for the Dana-Farber Institute; United Way’s Women’s Initiative; University of Virginia’s Board of Benefactors; Boston Ballet’s Board of Directors; the Advisory Board of the Greater Boston Food Bank; the Board of Visitors of Temple University School of Law; and Wall Street Journal’s Taskforce for Women in the Economy. 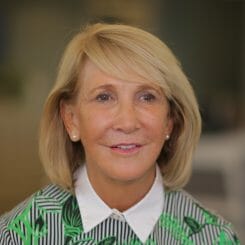