Meet Daily Point of Light Award honoree Elena Davis. Read her story and nominate an outstanding volunteer, family or organization as a Point of Light. 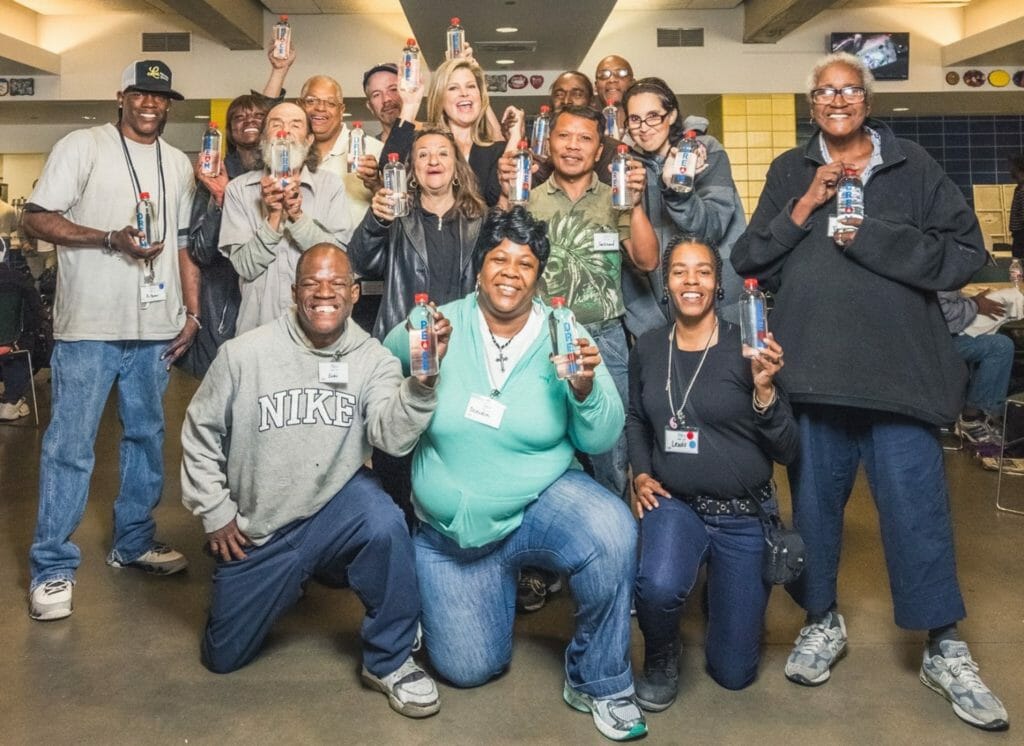 Seven years ago, Elena Davis was sitting at an intersection when a homeless woman approached her car. She immediately began to rummage around for spare change. But, when she rolled down the window to hand over the coins, Elena was surprised to be met with a different request.

Elena was floored by the realization that something so essential to human life was out of reach for many of America’s homeless population.

“The homeless woman asking for water was kind of literally [the] key that opened this lock,” Elena said. “And, I haven’t stopped since that request.” 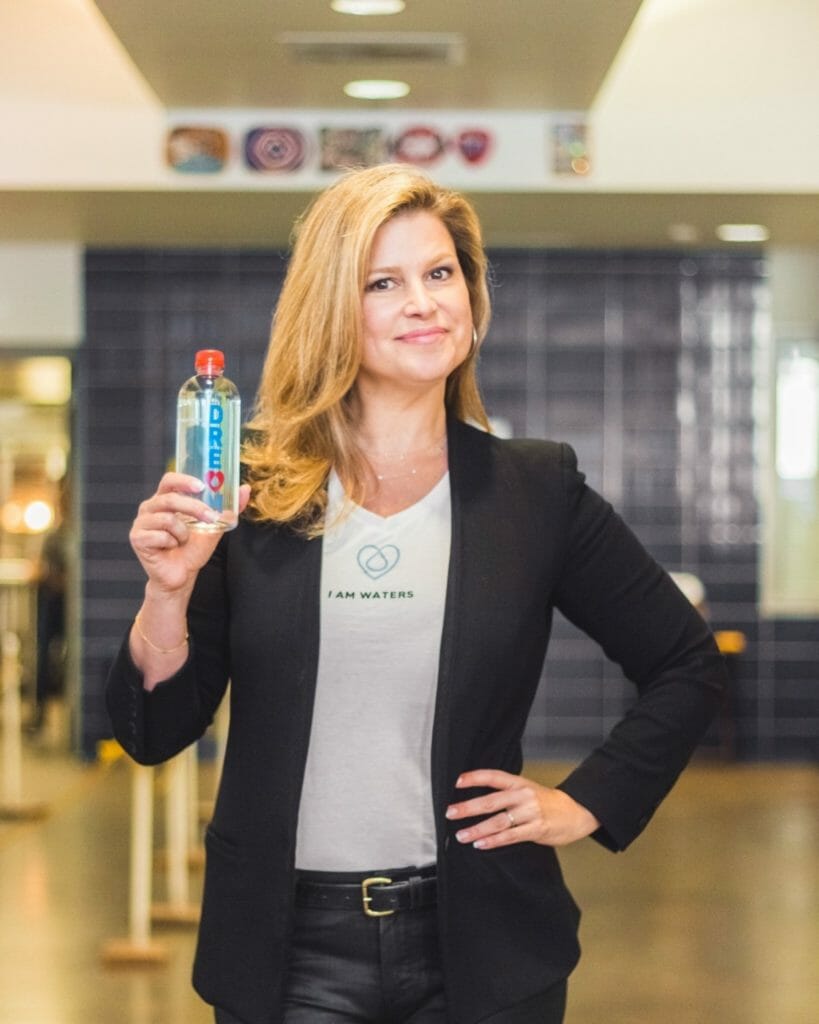 What Elena hasn’t stopped doing is providing clean, safe drinking water to homeless populations across the country. Her Houston, Texas-based nonprofit, I Am Waters, has supplied more than 3.5 million bottles of water to its shelter partners in 14 cities and six states.

“We’re the only nonprofit in the United States serving this particular need and it’s a huge need,” Elena said.

As public water fountains teeter on the brink of extinction and less investment is made in water infrastructure, gaining access to safe drinking water is becoming an increasingly fraught process for homeless individuals. The demand for Elena’s assistance to combat that trend has been high.

“We only did eight shelters to build up the model the first summer,” Elena said. “And, we immediately started getting calls from Arizona, New York, Pennsylvania, Florida saying, ‘Are you going to come here? We need water.’”

“The thing that I heard most commonly in that first year and a half of doing this was ‘Why hasn’t anyone thought of this before?’”

The brand is carried in some stores, with 100 percent of the net proceeds going back to the nonprofit. Distributors include limited Whole Foods locations in Texas, Arkansas, and Oklahoma, and 150 Timewise Food Stores. 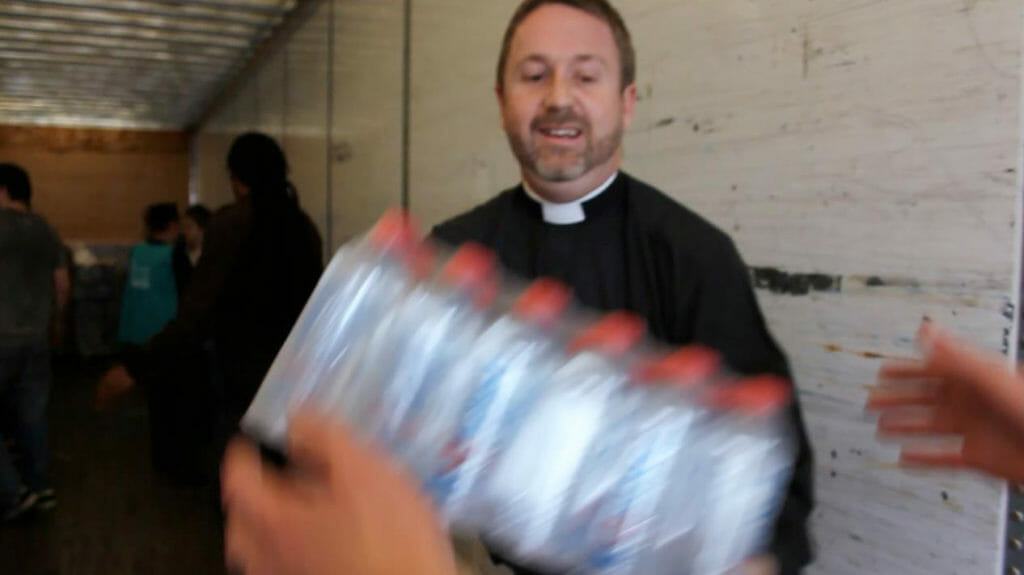 For Elena, making the decision to become an advocate for the homeless wasn’t just the right thing to do – it was personal.

“I don’t think I would have been so deeply impacted by that woman’s request for water at that intersection had it not been for this history that I was carrying,” Elena said.

During her childhood, Elena moved frequently with her three siblings as their mother searched for work. By the time she was 14, she had attended 12 different schools in 12 different cities.

Eventually, the family settled in Hollywood, California, where Elena’s fortunes changed. At 16 years old, she was discovered by an agent and picked up by Ford Models. She modeled for 15 years in New York and Paris, always carefully guarding the secret of her humble beginnings.

“After I moved to Paris, I never spoke about where I came from, ever,” Elena said.

That secret past is now an asset to Elena, informing the way she operates and identifies with people in need.

Each I Am Waters bottle is labeled with a signature heart and bright blue letters that spell out one of four words – hope, love, peace or dream. The messages are, in a way, love notes – meant not only to inspire, but also to make the homeless women, men and children that receive a bottled water feel cared for and acknowledged.

This month, I Am Waters released a combined qualitative and quantitative study, co-created by U.T. Health Science Center and UCLA, that evaluated the impact of I Am Waters’ packaging on the recipients of the water bottles.

“What we’ve learned from the study is that the most important thing to the homeless absolutely is the water, yes, but [also] importantly it’s the word,” Elena said.

According to the study’s findings, the words on the label serve as powerful messages that seed positivity and help to “reassure that their life can change if they still keep love, hope, peace and their dreams alive.”

One of the words – hope – made a significant difference in the life of Amanda Kelley. After losing her mother and brother in a house fire, Amanda’s life spiraled out of control. She fell prey to a series of abusive relationships, and eventually found herself homeless and seeking assistance at the Women and Children’s Shelter in Austin, Texas.

“The homeless shelter passed out the bottles of water, and I really didn’t think about it,” Amanda said. “Then, I was sitting on the crosstown bus waiting and looking at the bottle – and it hit me about having hope.”

“I started connecting in my mind that having hope is okay. When I got told ‘no,’ I started thinking about how I can get a ‘yes.’”

“[The word] hope is all over my house now,” shared Amanda, who is now happily married and working toward her bachelor’s degree in human services. “A lot of blessings came with having hope.”

It’s stories like Amanda’s that drive Elena to do more to expand the reach of I Am Waters, including diversifying the organization by adding new programs. Next on the horizon is I Am Jobs.

“It’s a huge hole in the continuum of care … helping the homeless source jobs, transportation,” Elena said. “That is our next big push.”