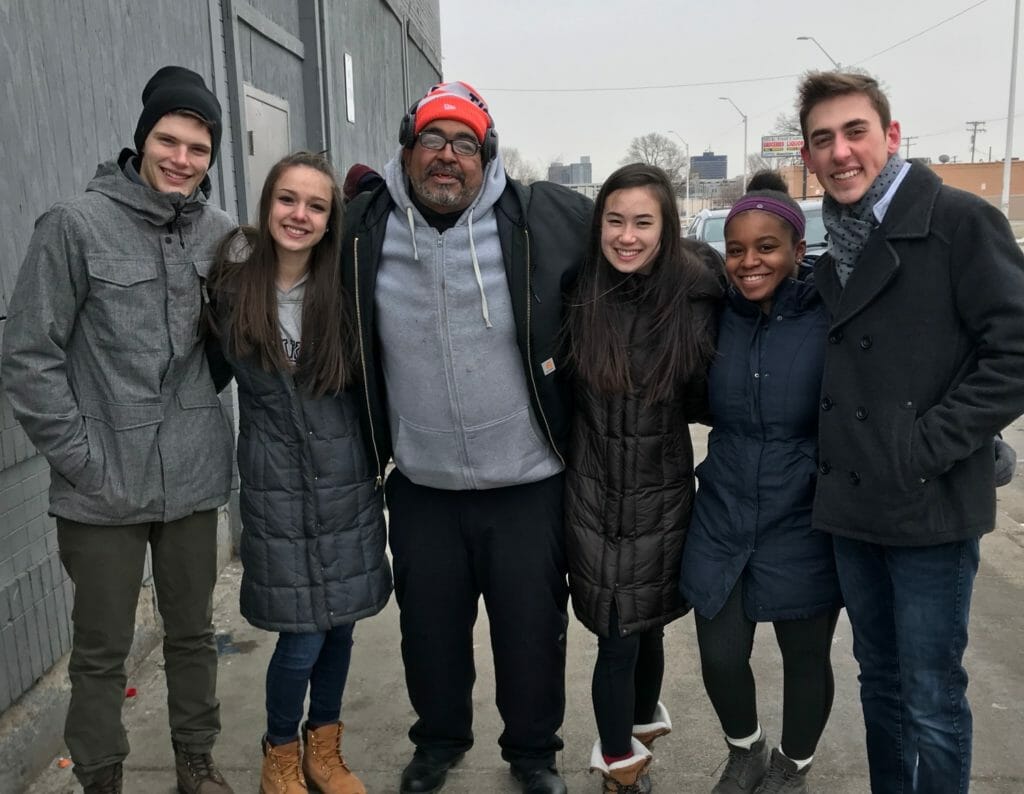 18-year-old Quinn Favret was on a lunch break during his internship in downtown Detroit when he noticed a homeless man sitting in the median of the road. Day after day, the man remained in the median – and Quinn noticed person after person passing him. One day, Quinn packed two sandwiches, and crossed the street, sitting down next to the homeless man in the median, and offered his extra lunch.

As the two shared lunch, Quinn says he listened to what the man had to say. Learning he had a family and friends, and was homeless as a result of an unfortunate experience, Quinn decided he needed to do more to help the greater homeless population in his community.

In 2017, he launched Support 313  with several other individuals, aiming to spark engagement with the homeless population of Detroit through conversations, serving meals and playing sports. Recognizing homeless individuals with the respect they are sometimes not afforded, Quinn is making a difference in his community by promoting humanity for all, and is today’s Daily Point of Light award honoree. Points of Light spoke to Quinn to learn more about his work with Support 313.

I’d done a decent amount of volunteering before Support 313, but this specific non-profit was a way for me to give a hand-up instead of a hand-out. I really work towards helping homeless individuals see how to help themselves, as opposed to being dependent upon an organization to provide them materials. 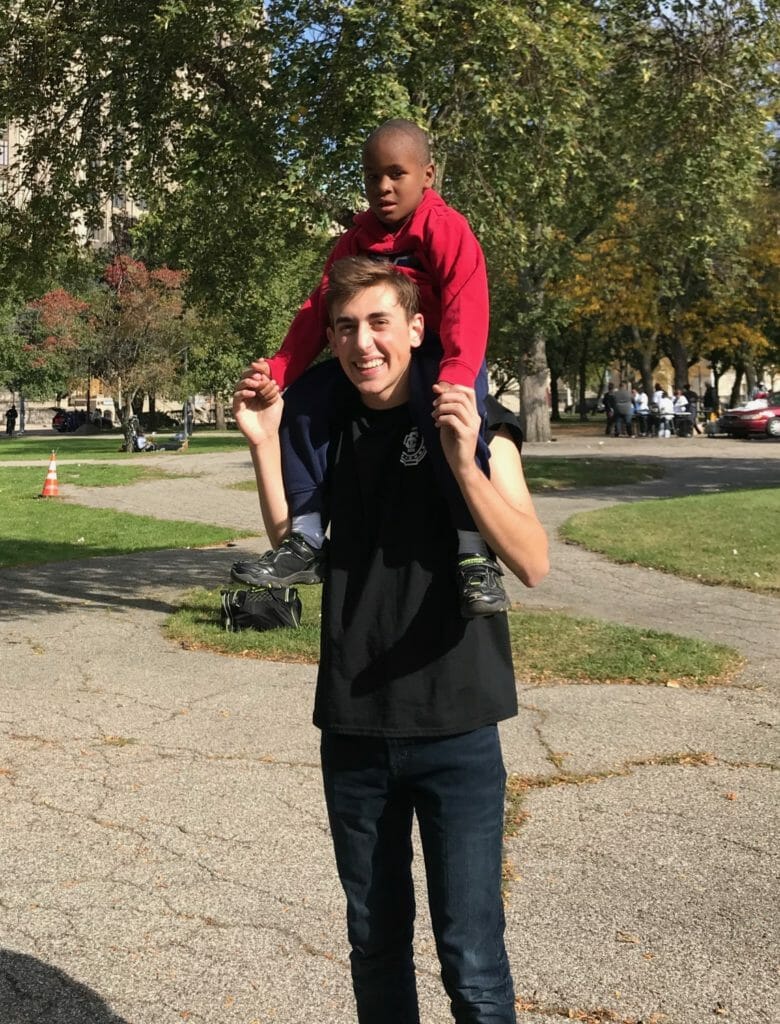 Describe your volunteer role with Support 313.

As I’m heading off to college in the fall, we are transitioning to new leadership. I’ll be a freshman at the University of Michigan in the fall, and I’m hoping to start a new chapter of Support 313 in Ann Arbor.

Homelessness is a problem nationwide. How can people help in their own communities?

I used to be in the same position – feeling like I didn’t know what to do, or how to help. Through my experiences, I’ve learned that making that personal connection is most important. I will introduce myself, ask them how their day is. Simple connections just make them feel like a human.

We met a 6-year-old named Davion, and have had the opportunity to provide support and resources to him. He just learned how to ride a bike – one we were able to secure for him after partnering with another non-profit based out of Detroit. Davion waits for us when he knows Support 313 is coming to visit, and will run up when he sees us. We’ve developed a relationship, and are making an impact on his life.

How has sharing your lunch one day changed ability to make a difference on a bigger scale?

I’m thankful that the encounter happened. Seeing that man in the median was what originally opened my eyes to what this segment of the population faces on a daily basis. I couldn’t believe how easily someone could just fall into a rut like that.

I’ve discovered my own individual privilege from growing up in stable home life, not having economic concerns or having to worry about education. Working with Support 313 opened my eyes to struggles other individuals go through. Through volunteering, I’ve been able to identify how I can use my privilege to benefit others and give back.

How are you sharing what you’re doing to help the homeless population?

We started an Instagram account called “People of Cass Park” – it’s similar to the idea behind “Humans of New York”. Our account is geared towards sharing the stories of the underprivileged in Cass Park in Detroit. You can see the posts here.

Some people are just one job or one bill away from losing everything. It could be any one of us, that’s why it’s so important to assist those experiencing homelessness. It’s about helping those in the community as opposed to helping yourself.

Anyone has the ability to make a change in their community. When someone sees an injustice, whether it’s someone walking by a homeless man, or witnessing someone being called something derogatory. Only one person has a chance to make a difference. And that’s you.

Do you want to make a difference in your community like Quinn Favret? Visit All For Good for local volunteer opportunities.