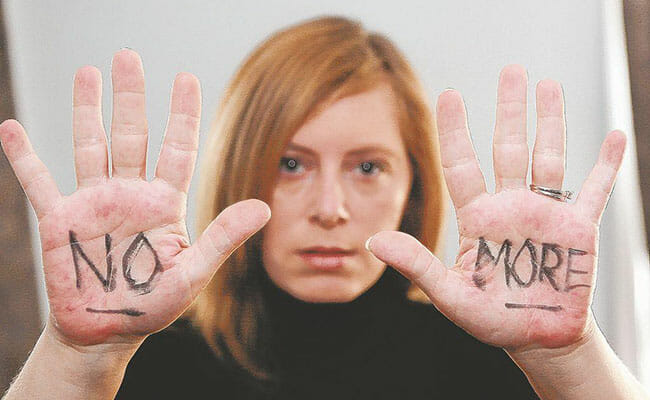 Lisa Colella is the president and founder of Healing Household 6, an organization dedicated to connecting caregivers of U.S. veterans with essential support as families face transitioning from active duty to the civilian world. When Lisa’s husband was forced into a medical retirement after he suffered a brain injury during deployment, the mother of two was forced to confront some issues that threatened to break up her family. Realizing there were others like her in the veteran community who needed critical resources, Lisa, now based in Charleston, South Carolina, started a Facebook group for families of veterans in an effort to strengthen the family foundation through support, and that initial network bloomed into what is now HH6.

We spoke with Lisa to learn more about her work through Healing Household 6, and how she is making a difference in community by advocating for veterans and their caregivers.

Where did the name of Healing Household 6 come from?

It’s an old military term, it comes from the spouses before myself. A lot of the older commanders will joke that “household 6 is on the line” – that’s kind of their term for your spouse and your family if you don’t want to answer that call (laughing). For me, the “household 6” part, that represents the nickname for the household and who kept that household running. And so Healing Household 6 was our way of saying that we are looking at the family dynamic, we’re not just focused on veterans, we are focused on all of the people who suffer from trauma due to these wars and everyone that came before that. Children who were in these situations, brothers and sisters, anyone who is helping to keep that service member’s household intact and together while they are away at war. 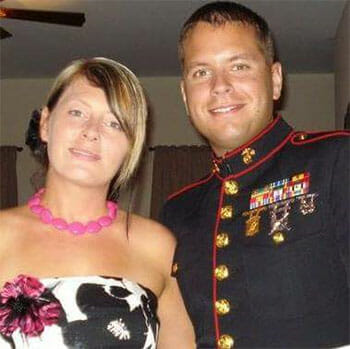 I think that’s a two-part question. The first part – I never expected to be in this type of family. I never expected to be in a relationship where intimate partner violence was happening in my home. I have an education and come from a good family, my husband and I had a great marriage before his injury. We had all of the things that make people say, “that doesn’t happen to people like them,” – but it did. And when it did, you know, my husband had to leave the home, and I had to keep my children safe, and I had to keep myself safe, and there was just nobody there to help with that. And when you go into any military community, and you start talking about these things, these are things that are kept very quiet. When I started talking about them, so many other people came forward. And so, half of it, from being in that position myself, where no one would listen to me … I didn’t ever want anyone to feel that way. And then the other half – so many women still come to me and say, “I’ve spoken to a commander, I’ve spoken to a leader, I’ve spoken to the VA,” – whoever that person is that they’ve gone to, or their family and friends, and they’re not getting that validation that they needed. And I just felt, gosh, we can’t go on like this. Even if we don’t necessarily have the tools to fix the problem right away, we still need to validate those feelings for these families so that they’re not stuck in a place where I was stuck in.

How many have you helped since you founded HH6 in 2014?

We’ve had more than 300 clients since we were founded, so those are clients that we have either assisted financially or we’ve handed off formally to agencies that can assist them. Whether that be their local domestic agency, or whoever that looks like for them. And then we have three peer support groups and the total number of those women that we’ve spoken to, or helped for peer support, is right around 2,500.

Fundraising is difficult for your organization. Explain why financial support is so critical to HH6.

It is difficult to fundraise, and I think that’s for a few reasons. We don’t always qualify for domestic violence grants because we help a specific category (military families of wounded warriors) instead of the whole. And then those that fund military organizations feel as if maybe we’re not shedding the best light on veterans, so we have difficulty there. But there are organizations that have stepped up – Independence Fund has stepped up, Kaplan University has stepped up. We have a lot of people like that that give us grants. And they understand that we don’t want veterans in jail, we want families to come together. Our goal is treatment. The veterans don’t want to leave their family, they don’t want to be doing this. We’re really trying to help the entire family, including the veteran.

What does your husband say about your work?

There are veterans out there are that grateful for us, and my husband, I know he’s proud of what we do. But I think it’s probably hard being in that spotlight where your wife is telling the world, “hey, I started the org because this was happening in my home.” But I think it’s also important because it shows that people can change, and with treatment, you can have the better relationship. I am still in my marriage, and my marriage is functioning better now than it ever has, and that comes with treatment. I know that he’s proud. When he has extra funds he does help out, he donates, he tells people about us.

Explain the challenges injured veterans and their families face during and following service.

For me personally, we are all this big family. And I know people say that all the time, but I’m not sure people actually grasp what that means. I was very young when my husband went to war the first time. We were married before 9/11, we didn’t anticipate – you always see these comments, that people say, “well, you knew what you signed up for,” but for a lot of us, we didn’t. We were in a peacetime era, and we didn’t know what war would look like. So when you move to these installations – all we had was each other. And then every few months, every few years, you’re getting picked up and moved all over again. For a lot of wives, this is all they had. They didn’t get a chance to dig into their community and meet long-term friends. We kind of get forgotten in that shuffle. Our kids get forgotten, that they are making new friends, they’re also sacrificing for this war. They are also dealing with parents that have missing limbs, and brain injuries, anger and disputes – all of that which comes along with being frustrated with medical issues. And once that person gets out, that whole structure that they had to support them is immediately taken away from the family. The veteran still kind of still has it, within his friends and the VA, but the family doesn’t. 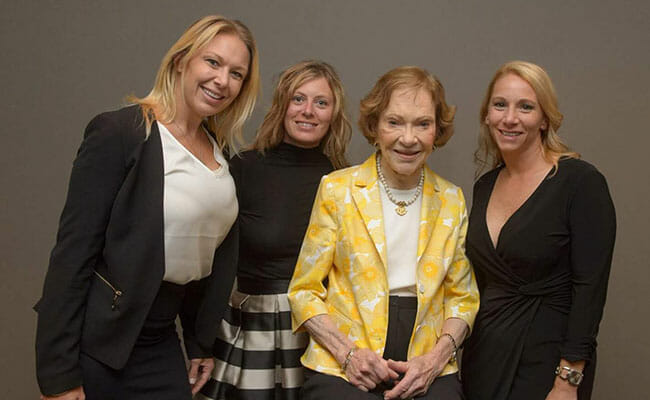 Why is it so important for you to give back?

For me, so many women came to my home, when my husband was medevaced home – some I didn’t even know – and offered to cook and help. They dropped everything they were doing for us, so I thought, what else can I do? How do you pay that back, when someone just takes you in and makes you a part of their family, when they don’t even know you?

I want two things: Currently 17 VAs have intimate partner violence programs – it’s called the Strength at Home program. It’s a 12-week program, it has a very high rehabilitation rate, unlike most domestic violence programs. We want to see that in some rural areas across the country where there aren’t as many resources. We really want to see VA hone in on that, but that’s going to take some time. Secondly, we want to have a program that offers legal services, because sometimes it does go too far, and the only option is to get them out. These women lose caregiver benefits when their husbands leave them, there’s nothing that they have access to through the courts when it comes to a veteran marriage. They often haven’t worked in a really long time after they’ve taken care of their veteran, or maybe because of military moves they didn’t work at the jobs they were qualified to work at and they don’t have the experience they need to be able to gain employment that would contribute to taking care of their family on their own. What we’d like to see on the other side of healing – when we can’t do that, can we provide them with enough resources and financial backing to be able to hire legal representation for themselves.

What’s the one thing you want people to learn about HH6?

We know that [domestic violence] is a national problem and we’re not saying that it’s more important for veteran families, we’re just saying that those people sometimes have less access to the things that they need. Typically, veterans aren’t violent in an everyday situation, but the things that they go through create an enormous amount of stress with a little bit of money. And those things all impact our families. All of these veteran families have given so much more than a leg, a hand. They’re literally giving their family dynamics over for the safety of the country. People can deal with all these things, but when families are falling apart and there’s no help out there for them, organizations like us are the ones that fill those gaps. It’s really important that people, even just if they can volunteer, even if they can bring someone a meal, there are so many ways you can help, even if you don’t have the financial means to do it, just by being a friend to someone in this situation.